It’s no secret that Jennifer Aniston is beyond accomplished—she’s starred in over 44 movies to date, literally has her own production company, and OF COURSE became an icon for playing Rachael Green in Friends. But despite Jennifer’s many accomplishments, many are unfortunately still preoccupied by the fact that Jennifer does not have a child. How archaic.

Case in point: TMZ reported that various European tabloids started circulating rumors that Jennifer, who just recently wrapped filming for HBO Max’s Friends reunion special, told people on set that she was in the process of adopting a child. Jennifer’s rep caught wind of the rumors and later issued a comment to TMZ, saying that “rumors of Jennifer being in the process of adopting a child are ‘false and never happened.’” 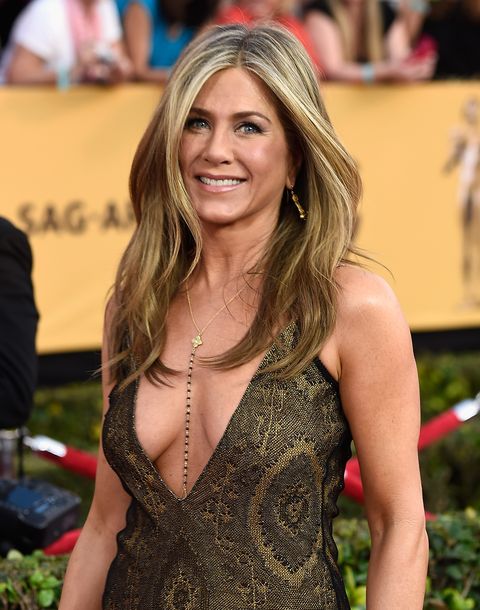 Jennifer has actually discussed the unnecessary talk surrounding her family and marriages in the past. Opening up to Elle about the matter, Jennifer said she finds it frustrating that people care about those topics so much because it’s “diminishing everything I have succeeded at, and that I have built and created,” she said in her January 2019 cover story. “It’s such a shallow lens that people look through. It’s the only place to point a finger at me as though it’s my damage—like it’s some sort of a scarlet letter on me that I haven’t yet procreated, or maybe won’t ever procreate.”

FWIW, Jennifer also told Elle that finding the perfect husband and getting a fairytale ending is “a very romantic idea. It’s a very storybook idea. I understand it, and I think for some people it does work,” she said. “And it’s powerful and it’s incredible and it’s admirable. Even enviable. But everybody’s path is different.” Preach, Jen!

You love all the deets on celebs. So do we! Let’s overanalyze them together.