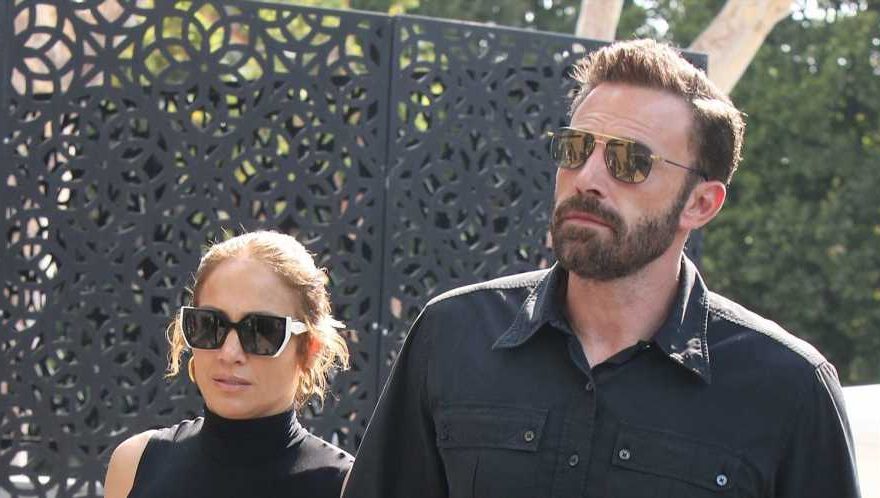 Jennifer Lopez and Ben Affleck are going to single handedly make shopping malls cool again. After all, they've already launched a pop culture nostalgia Renaissance, so holding hands while walking around the mall fits right into that.

On Tuesday, the "On the Floor" singer and her Argo actor boyfriend were spotted at the Westfield Century City shopping mall in Los Angeles hand-in-hand as they parked their car and made their way into the center. This is the same mall where Affleck was photographed the other day, browsing rings at Tiffany & Co. with his mother Christine and son Samuel, 9. In the pictures obtained by Page Six, Affleck was seen looking in several cases and taking notes.

But before you get any ideas, it's not exactly what you think. The Oscar-winning actor wasn't actually looking for engagement rings for Lopez. He was on a mall scavenger hunt with his kids and mother, according to a E! News.

"They split into teams with his daughters on one team and Ben, Sam and his mom on the other," the source said.  "They went all around the mall and into various stores crossing off each of the items they found. One of the stops was into Tiffany and they had to find something in the store. Ben walked in with his son and his mom and they quickly found what they needed and walked out. Ben held a pen and crossed it off his list."

So why were Ben and Jen revisiting the same mall? Was Affleck showing his girlfriend something he saw during their family outing? Or were they simply playing into the mall nostalgia? I guess only time will tell.