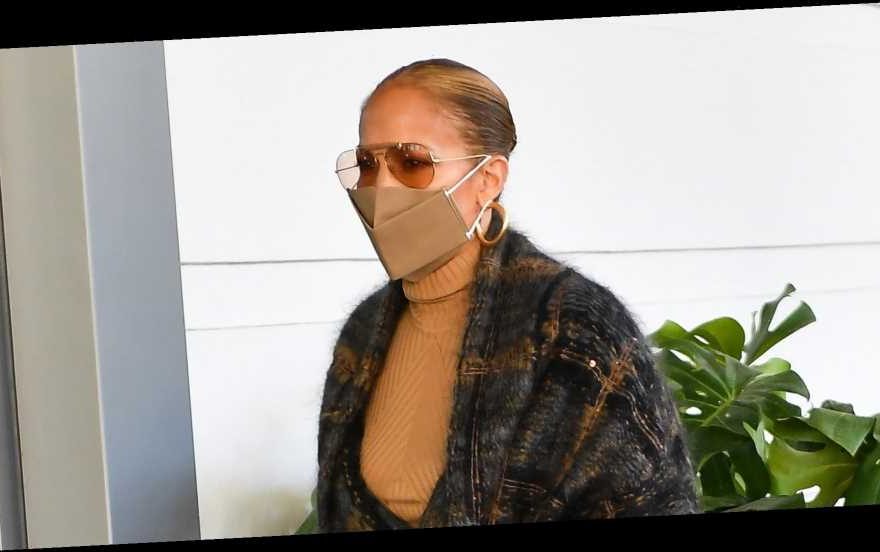 The climate can't stop Jennifer Lopez from flexing her best outfits. Remember that camo sweatsuit she wore during a state-of-emergency-inducing heatwave in 2019?

Well, it appears J.Lo is immune to heat, because she just stepped out in a roomy tweed cardigan by Brunello Cuccinelli and knit turtleneck in Miami, where the weather is hitting the highs of upper 60s and low 70s.

On Thursday, she stepped out for a date with fiancé Alex Rodriguez in an oversized cardigan by Brunello Cuccinelli, a tan turtleneck sweater, light-wash jeans, and brown suede ankle boots by Ralph Lauren. Rodriguez also shared a video from their day out, posting footage on Instagram of the two of them in his car, blasting the Foo Fighters' "Best of You," with Lopez singing along, head-banging, and pretending to drum.

Earlier this week, it was revealed that Lopez has another acting role in the works. Deadline reported that she will star in and produce the action movie The Mother for Netflix. According to the outlet, she will play a "deadly female assassin" who comes out of hiding to protect the daughter that she gave up years before, while on the run from dangerous men.