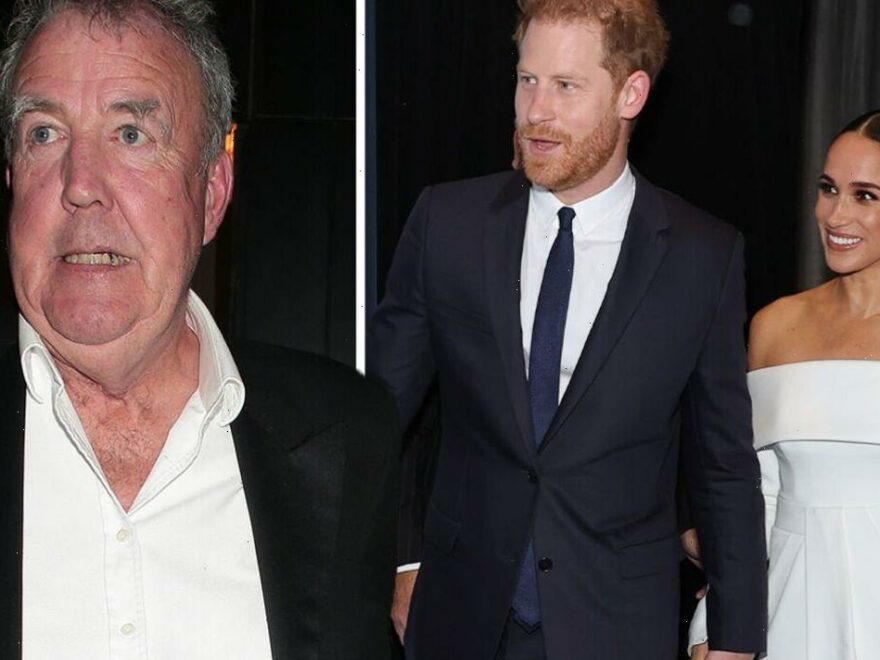 Jeremy Clarkson sparked furious backlash over his comments about Meghan Markle in his latest column even his daughter hit out at the former Top Gear presenter. The Independent Press Standards Organisation (IPSO) received more than 6,000 complaints over an article written by the Clarkson’s Farm star.

The 62-year-old revealed he fantasisies about people “throwing excrement” at Meghan after watching her Netflix series.

His comments sparked shockwaves after he wrote he wants the Duchess of Sussex to “paraded naked through the streets” and “dreams of people throwing lumps of excrement at her”.

Jeremy also wrote he “hated Meghan on a cellular” in his column.

The Grand Tour host went on to say he disliked Prince Harry’s wife more than he does Scotland’s First Minister Nicole Sturgeon, and serial killer Rose West, and he claimed he felt “sorry” for Prince Harry.

He dubbed him im a “glove puppet”, claiming that the Prince is “controlled by his wife”, and also claimed “everyone” his age “thinks the same way”, and his comments were met with heavy criticism online from celebrities and his own daughter.

The TV star has since taken to Twitter and said he has “put his foot in it” and is “horrified” about the hurt he has caused.

He tweeted: “Oh dear. I’ve rather put my foot in it. In a column I wrote about Meghan, I made a clumsy reference to a scene in Game of Thrones and this has gone down badly with a great many people.

“I’m horrified to have caused so much hurt and I shall be more careful in future.”

Despite breaking his silence, Twitter users have slammed his “apology” with some people branding it “pathetic”.

Sam Dowler tweeted: “The Game of Thrones reference was indeed clumsy and anyone who remembers the scene will agree how very upsetting & disturbing it was. “

Afzal commented: “The words ‘I’m sorry’ and ‘I apologise and ‘I will reach out to her directly’ are tellingly missing from this so-called apology.”

Joe wrote: “Sorry Jeremy, but this doesn’t come across very genuine. maybe you should apologise to Megan rather than the public you may have offended. I understood the Game of thrones reference but it was very unnecessary and didn’t come across as a joke in my opinion.”