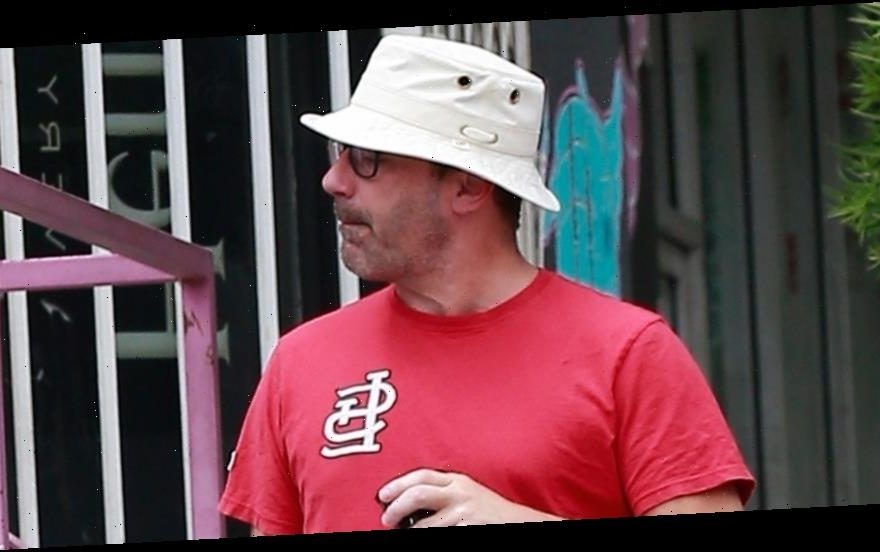 Jon Hamm steps out in a bright red shirt to run some errands in Los Angeles on Wednesday (June 18).

The -year-old actor wore a fishing hat with his casual look as he stopped by a few places during the day.

PHOTOS: Check out the latest pics of Jon Hamm

In a recent interview with Hollywood Outbreak, Jon opened up about how he chooses his roles and why his bar is set so high.

“There’s a lot of scripts out there and not all of them are great. What we’ve been fortunate to have on the show [Mad Men]…it just raises the bar really high and my bar is set really high for something I want to do.”

“That doesn’t mean that I won’t do silly, weird, little one-off projects,” Jon adds. “…but i have a higher bar set for things that I’ll do in a dramatic sense.”

Just recently, Jon was spotted out with his long rumored girlfriend Anna Osceola on a tennis date.