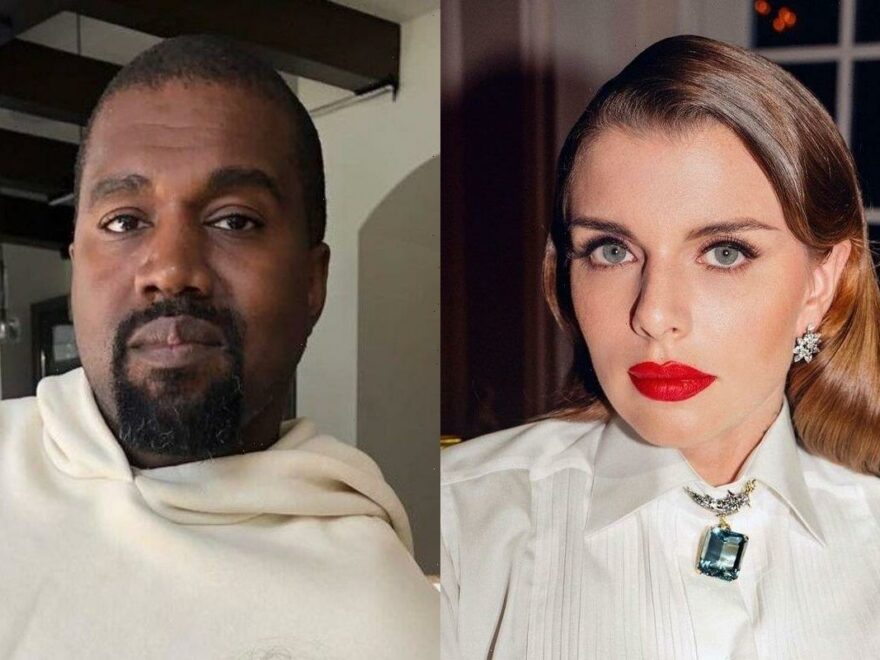 The ‘Uncut Gems’ actress contemplates on trying same-sex relationships as she labels all men ‘equally horrible’ following her split from Kanye West after a brief romance.

AceShowbiz –Julia Fox is keen to date women and explore her “gay bone.” Saying she currently isn’t dating anyone, the “Uncut Gems” actress – who hooked up with rapper Kanye West earlier this year – is thinking about trying some same-sex romances.

“Why would I wanna waste my time?” she told Ziwe when asked about dating. “I, like, have been thinking about it a lot recently,” she added on the subject of dating women.

“Because I do think I have, you know, a gay bone and I need to explore that a little bit more. Like maybe my ex-boyfriends weren’t wrong when they were calling me a lesbian and complaining that I never wanted to have sex with them.”

The 32-year-old star explained she is open to “all race” when it comes to a potential partner, but she insisted all men are “equally horrible.” She said, “I can find love in all places, and all races! Not white, first of all. I don’t know, honestly. They all, like, are equally horrible to be honest – all men. I can’t, it’s just a man thing.”

Meanwhile, Julia – who didn’t name any former flames in the preview for the new interview – recently admitted her relationship with Kanye had a negative impact on her acting career. She noted being in the headlines as much as she was during her whirlwind romance with the 45-year-old rapper earlier this year resulted in a “shift” in the offers she’s getting for roles.

Speaking to Emily Ratajkowski on the “High Low with EmRata” podcast, she said, “After the big relationship, I definitely noticed a shift in the acting way, not in a good way. I’m not getting as many offers as I was before, weirdly. There’s been a lot of weird drawbacks with reaching that level of notoriety.”