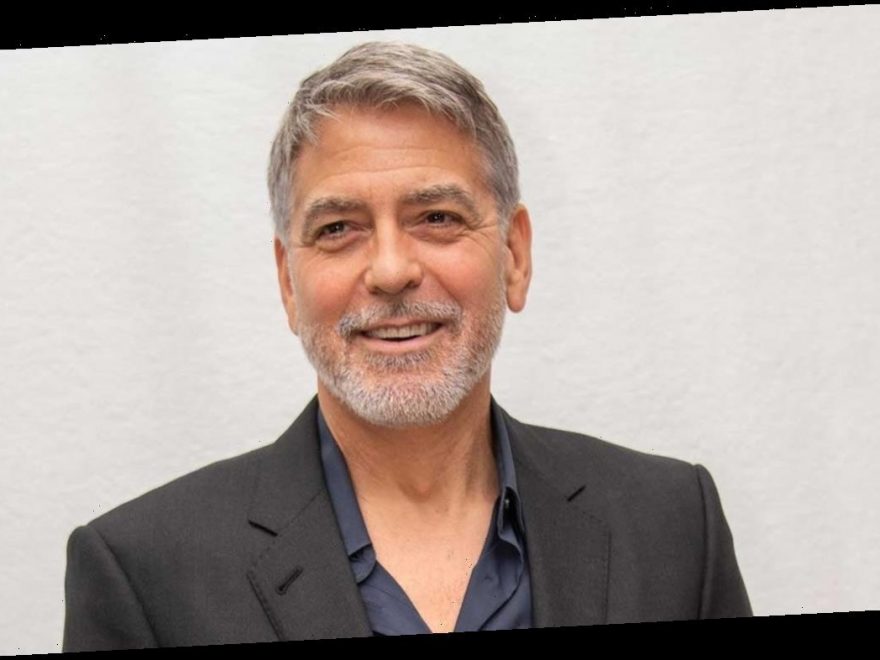 George Clooney is getting some love from his famous friends! The 59-year-old actor was honored at the Museum of Modern Art’s 2020 Film Benefit on Monday during a virtual ceremony presented by Chanel and benefiting Artist Relief. In praise of Clooney’s humanitarian and creative achievements, stars including Julianna Margulies and Bradley Cooper sent video messages gushing over the actor.

“[Clooney] has been somebody from a distance that I’ve used as inspiration to drive me to pursue things I fear. I watch the way that he has guided his own career and the choices he’s made,” Cooper said. “I think he’s been an inspiration for so many young actors and people in this business who want to go on to maybe write and direct movies as well.”

While Cooper said Clooney is someone he’s “looked up to and admired ever since he started his career,” Margulies credited the Catch-22 actor with the career she’s had.

“People on the street stop me to say, ‘What was it like to work with George Clooney?’ And I know they’re looking for something negative, but there isn’t anything negative. There’s just fun and great memories… You’re responsible for my career,” Margulies, who starred alongside Clooney on ER, said. “What can I say? He’s that guy who people want to be around because he makes you feel good. That’s just George.” 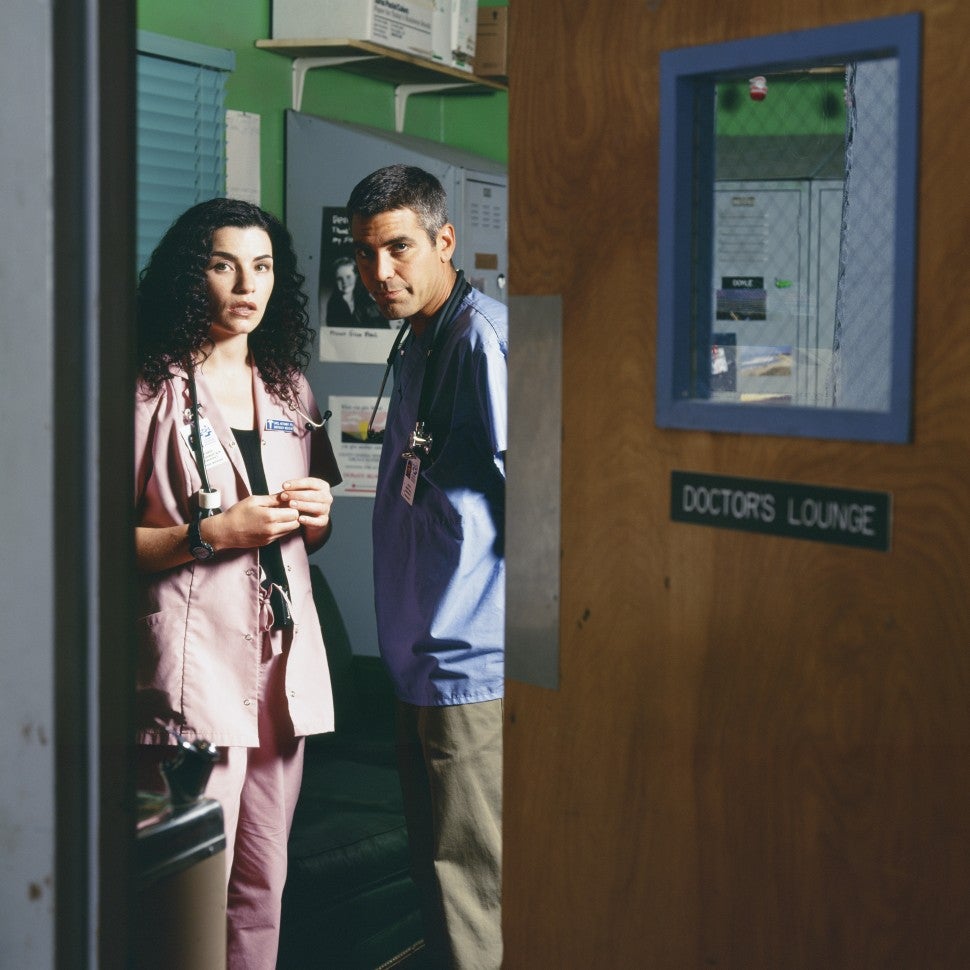 Clooney’s Hail, Caesar! co-star, Tilda Swinton, opened up about her love for the actor.

“You’re a good man. You have a great heart. You’re super kind, man. And I really love you,” she added.

David Letterman also weighed in, sharing a favorite word of wisdom that Clooney gave him years ago.

“George said to me one time something that I carry with me today, which is regarding his humanitarian efforts in Darfur and how they had not turned out as well as he had hoped. He said, ‘That doesn’t matter. What matters is you just keep trying. If it doesn’t work the first time, try something else. If that doesn’t work, just keep trying,'” Letterman recalled. “And I thought, ‘This is such a simple, eloquent way to express the importance of helping others.’ I’ve never forgotten it and I never will.” 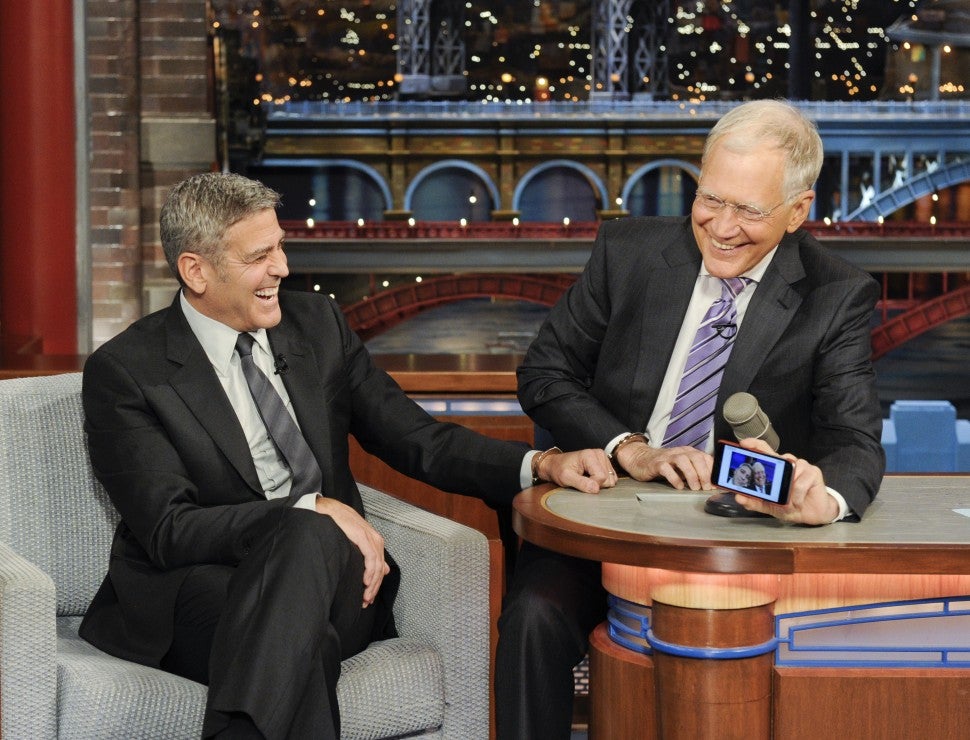 “He is someone who is very connected to the pitfalls of being a human being in modern life, which is why I think he gravitated toward this film,” he continued of their Netflix movie. “It’s a really, really wonderful thing to be around someone who’s that caring, not only of the thing that he’s making, but the world within which he is making it. We can’t say enough good things about George. I’m just so grateful to be in your orbit and so proud to know you.”

Fellow Midnight Sky actor Felicity Jones called Clooney “one of the most extraordinary people I’ve worked with,” adding that he’s “so fearless in the way he operates.”

Kyle Chandler, who starred alongside Clooney in both The Midnight Sky and Catch-22, praised the humanitarian for how he “cares about people and he shows it by example.”

“That’s pretty impressive,” Chandler said. “I’ve been on the set with him twice and, as we all know, it’s a good set to be on. It’s an enjoyable film when you’re working with him. Thanks for being the example that you are.” 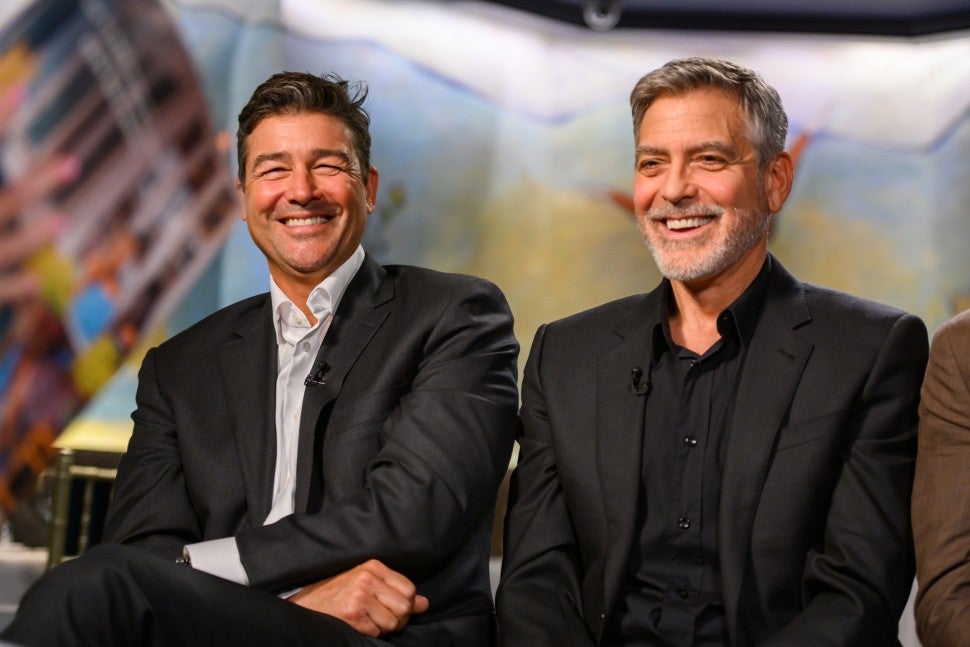 Clooney also gave a speech during the virtual ceremony, even providing some hope amid this “unprecedented year.”

“We have faced an overwhelming threat that is affecting people all over the world. But what I want to say to all of you is, we’re gonna get through it,” he said. “This scourge that’s disrupted so many lives, it’s terrified us, it’s wrecked our economy, left us feeling like there’s no hope, well, now we see there is. There is more than hope. There is a bright light at the end of this tunnel. We will soon say goodbye to the dark ages, goodbye to fear, goodbye to doubt, and goodbye to anxiety.”

“Once this is over and Trump’s out of office, we should probably do something about COVID too,” Clooney quipped. “That would be important. Here’s to 2021. We’ll see you in person then.”