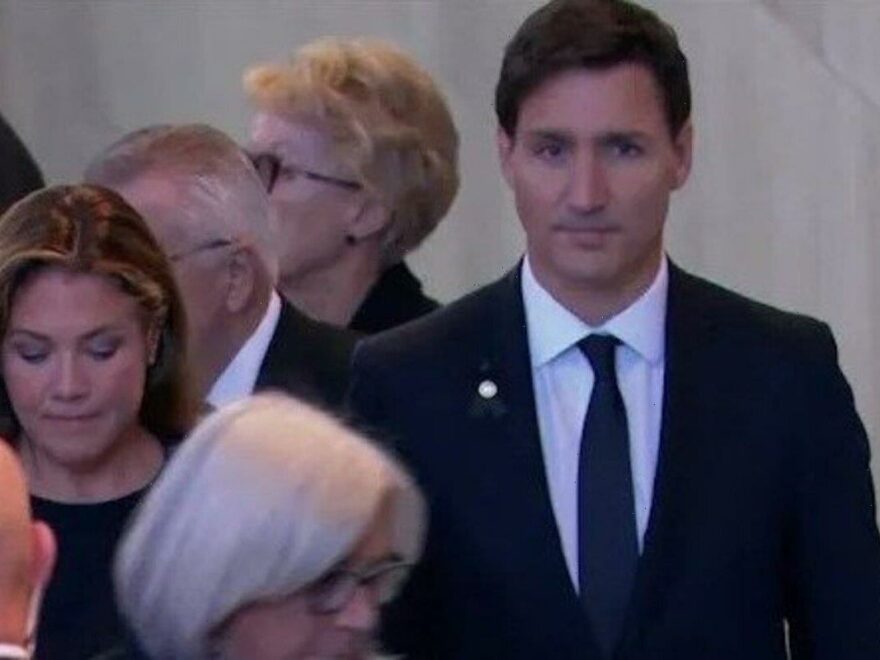 The Canadian Prime Minister is joined by his spouse Sophie Gregoire-Trudeau as he pays his respect to the late British monarch ahead of the queen’s state funeral on September 19.

AceShowbiz -Canada’s Prime Minister Justin Trudeau paid a visit to Queen Elizabeth‘s coffin lying in state at Westminster Hall on Saturday (17.09.22). Along with his wife, Sophie Gregoire-Trudeau, the politician was seen bowing his head as the couple paid their respects to the late British monarch – who died aged 96 on September 8.

Alongside Anthony Albanese of Australia, Philip Davis of the Bahamas, Andrew Holness of Jamaica, and New Zealand’s Jacinda Ardern, Trudeau – who had hailed the queen one of his “favourite people in the world” – also met with King Charles at a lunch reception at Buckingham Palace.

US President Joe Biden is expected to pay his respects ahead of the queen’s State Funeral at Westminster Abbey on Monday (19.09.22), which will be attended by 100 presidents and heads of government.

Former US President Donald Trump was left off the guest list for the funeral in London but received an invite from the British government for the “Service of Thanksgiving for the Life of Her Late Majesty Queen Elizabeth II,” according to The Telegraph newspaper.

The service will take place at Washington’s National Cathedral, which can hold around 1,700 people, on Wednesday (21.09.22). The cathedral has previously hosted state funerals for former US Presidents Dwight Eisenhower, Ronald Reagan, Gerald Ford, and George H.W. Bush.

Queen Elizabeth’s US memorial service is being arranged by the British embassy in Washington.

In a previous statement about Queen Elizabeth after her death, Trump wrote, “Melania and I are deeply saddened to learn of the loss of Her Majesty Queen Elizabeth II. Together with our family and fellow Americans, we send our sincere condolences to the Royal Family and the people of the United Kingdom during this time of great sorrow and grief.”

“Melania and I will always cherish our time together with the Queen, and never forget Her Majesty’s generous friendship, great wisdom, and wonderful sense of humor. What a grand and beautiful lady she was – there was nobody like her!”