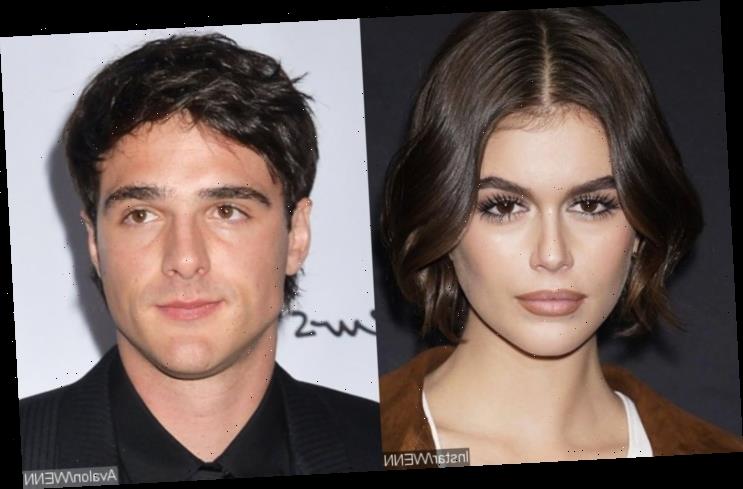 The daughter of Cindy Crawford and ‘The Kissing Booth’ star, who have been linked romantically together, transform themselves into Elvis and Priscilla Presley for the spookiest night of the year.

AceShowbiz –Kaia Gerber and Jacob Elordi made their relationship Instagram official on Sunday, November 1, as the model shared snaps of herself and her beau dressed up as Elvis Presley and Priscilla Presley for Halloween.

The 19-year-old beauty donned a lavender dress with her hair teased into a big beehive and her dramatic eye make-up adding to the overall Halloween look.

Meanwhile, “The Kissing Booth” star Jacob sported a pale blue suit with an unbuttoned white dress shirt, with a cigarette hanging out of his mouth and his hair teased into The King’s famous quiff.

“Kaia had sent me the idea, as there was a specific photo of Priscilla and Elvis that they wanted to recreate,” Kaia’s make-up artist Sam Visser told Vogue of the couple’s looks.

Hairstylist Charlie Le Mindu added that the inspiration came from a picture of Priscilla driving her white Mercedes later in her relationship with Elvis.

Sharing the snaps, Kaia left them caption-less – opting only to tag Visser and Le Mindu.

But fans were quick to note that the shoot was the first time Kaia had shared pictures of herself and Jacob on her social media, after the pair were first romantically linked several months ago.

Kaia and Jacob first sparked dating rumors after they were spotted dinning out together at Nobu in Malibu in early September. The two, however, showed no PDA at the time. “Jacob definitely has interest in dating Kaia,” a source told E! News of the pair’s relationship, before adding, “but there is nothing serious going on there.”

After they were spotted together on several different occasions, a source told ET later that month that the two were in fact an item. “Things are really great between them,” the source said. “They’ve been spending a lot of time together and seem super happy.”