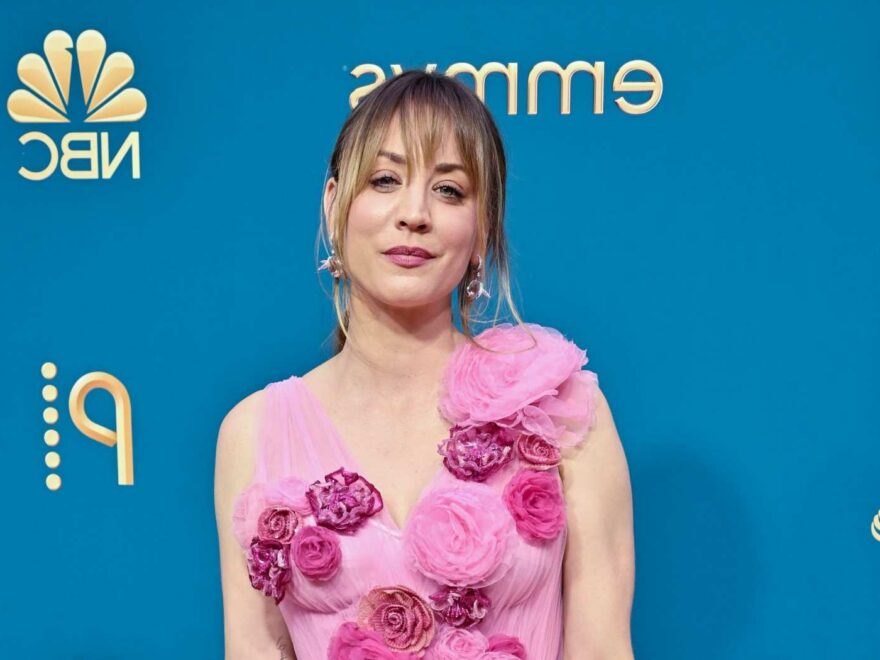 Kaley Cuoco is lucky to have both of her legs — and “The Big Bang Theory” was lucky to continue — after the star nearly lost a limb in an equestrian accident in 2010. The actress and her “Big Bang Theory” colleagues describe the terrifying incident in the new book, “The Big Bang Theory: The Definitive, Inside Story of the Epic Hit Series,” (via Vanity Fair). “That was the darkest, most frightening time in all twelve years [of the show],” series creator Chuck Lorre recalls. “Kaley could have lost her leg. It was a series of miracles that allowed us to get through that and for her to come out the other end of that healthy.” A longtime competitive horse jumper, Kaley fell from her horse in Los Angeles when something scared the animal at a ranch in Los Angeles. While trying to jump over the star, the horse instead came down on her left leg, leaving her severely injured. “They were talking about amputating her leg, which was devastating to hear,” said Kaley’s former costar (and boyfriend) Johnny Galecki. “Before I went into surgery, they made me sign something that said, ‘We don’t know until we get in there and see this leg, and it could come out that you don’t have it anymore,'” Kaley recalls in the book. “That wasn’t the case, obviously, but I had to sign something that said, ‘OK, you can.’ Everything ended up fine, and I was up and working a week later, but the doctors acted like I was never going to walk again. It’s still too much for me to go into, and it sounded way worse than it was. And of course it was spiraling and everyone was freaking out, which I get. It scared people.” Johnny agreed. “It scared people in a good way, myself included,” he said. “The first day I saw [her] in that state, I just shed tears in my garage.” In the end, Kaley had to be written out of just two episodes of “The Big Bang Theory.” The hit show aired its series finale in 2019 after 12 years on the air.

athie Lee Gifford doesn’t see “the point” in Kelly Ripa’s decision to rehash the uglier sides of her working relationship with Regis Philbin. “I was very sorry to see the headlines,” Kathie Lee said on “Good Day New York” on Monday (Oct. 10). “We see headlines all the time, you know, you never know what’s true and what’s not true… I went, ‘I hope this isn’t true. I just hope it isn’t.’ Cause what’s the point? You know, I don’t get it. … I’m not gonna read the book.” In Kelly’s new memoir, “Live Wire: Long-Winded Short Stories,” the “Live!” host — who replaced Kathie Lee in 2001 following her predecessor’s 15-year run on the morning show — describes a variety of ways Regis allegedly made her feel inferior or put her down during their decade on the air together. Though Kelly writes, “I loved him and still do,” she says the experience of co-hosting the show with Regis was hardly a “cakewalk,” citing examples like his alleged request to have her name appear smaller than his on the show’s branding and the time Kelly says he referred to her as “it” when she was pregnant. Kathie Lee, meanwhile, seems to have had a very different experience. “He was 15 years the best partner I could ever, ever have professionally. But he was my friend. We were dear friends and after I left the show for the next 20 years we became better friends. Dearer friends. I saw him two weeks before he died,” she said on the Fox 5 show. “We always just picked up right where we left off,” Gifford recalled. “We were absolutely perfect together for television. We never had an argument, not an unkind word in 15 years. So that was my reality. … Lord, protect [Regis’ widow] Joy and the girls from this,” she added. “In all the years I’ve known him, I never saw him unkind to anybody.” Kathie Lee didn’t comment on Kelly, specifically, telling the “Good Day New York” host she won’t “say anything ugly about anybody … I’m just saying my reality is something completely different than that.”

RELATED: Talk show host controversies and feuds through the years

Lizzo says she’s found the love of her life in boyfriend Myke Wright, and she doesn’t need a marriage or even monogamy for him to remain her “life partner.” “I’ve known him for over six years. We’re just in love. And that’s it,” the singer says in Vanity Fair’s November 2022 cover story. She went on to explain comments she previously made about finding the notion of monogamy a bit “claustrophobic,” telling the outlet she has less traditional ideas about tying the knot, too. “I am not a polyamorous person, I’m not in love with multiple partners. That is not me. He’s the love of my life. We are life mates,” the Grammy winner says. “If I wanted to start a business with him, I’d get married because that’s when your finances come together. I like weddings. I would like to have a wedding over a marriage,” she continues. “I’m not thinking about sex when I think about monogamy and rules. I’m thinking about the autonomy and independence of him and me,” Lizzo adds. “How wonderful would it be to be this complete independent person and to come together to make two complete independent people? Not that whole ‘You complete me, you’re my other half.’ No. I’m whole, and you’re incredible too. We’re like the mirror image of each other. We’re connected. But that doesn’t mean I was incomplete when I met him.” Lizzo and Myke were first linked romantically in February 2022. They confirmed their romance in June at a screening for her show, “Watch Out for the Big Grrrls.”

RELATED: Zendaya and Tom Holland take their love to the Louvre in Paris

ew details are emerging about Bill Murray’s allegedly “inappropriate behavior” on the set of “Being Mortal,” which was was shut down by Searchlight Pictures in April. According to Puck, the 72-year-old “Caddyshack” star paid a woman $100,000 in a settlement after she filed a report claiming he straddled her and kissed her through a mask on the set of the film. The woman was reportedly a “much younger” production assistant. She later filed a report about her claim, as did a co-worker who saw her interaction with Bill, Puck reported this week. According to the outlet, Bill dismissed his behavior as “jestful,” while the woman described his actions as “entirely sexual” and said she was “horrified.” The update comes amid recent claims by Geena Davis in her memoir about Bill using a massager on her on set in the 1980s, despite her protests against it. Speaking to CNBC in April, Bill addressed the claim this way, according to The Guardian: “I did something I thought was funny and it wasn’t taken that way,” he said. “The movie studio wanted to do the right thing so they wanted to check it all out, investigate it and so they stopped the production.”

After nearly eight decades on big and small screens alike, Angela Lansbury has died. She was 96. “The children of Dame Angela Lansbury are sad to announce that their mother died peacefully in her sleep at home in Los Angeles at 1:30 a.m. today, Tuesday, October 11, 2022, just five days shy of her 97th birthday,” her family said in a statement. Angela got her start in Hollywood before gracing Broadway’s stages, where she won over audiences and critics alike, snagging five Tony Awards over the course of her long, multifaceted career. Though she would continue appearing on Broadway for many years, her starring role in the beloved hit show, “Murder, She Wrote.” In addition to her Tony Awards accolades, Angela was nominated for Emmy Awards 12 times and earned two Academy Awards nods.

Jessica Simpson’s bestselling memoir, “Open Book,” is headed to a small screen near you. Jess revealed the big news on Tuesday (Oct. 10), after Deadline reported Amazon Freevee ordered a pilot for a series inspired by the star’s raw 2020 autobiography, which featured revelations ranging from Jessica’s battle with alcohol and stimulants to the truth about her relationships with Nick Lachey and John Mayer. “‘Open Book’ has opened the door to all of my wildest dreams as an artist, author and entertainer,” Jessica wrote in a long Instagram message. “This project holds my heart completely, infatuates my mind on every level, and deeply seduces my soul to the core. I have spoken about determined patience frequently. Not until now, in this very moment do I get to share the reward of how it feels on this side of the rainbow,” she continued. The 30-minute pilot stars Katelyn Tarver as pop star Sadie Sparrow, and John Stamos as Butch, an older musician and songwriter working with Sadie. “@KatelynTarver, it is an honor to find myself in your eyes. It is your time to shine beautiful,” Jessica gushed. Tagging John, she added, “I am so grateful to work alongside a legend, but even more so, I am VERY ready to watch you break the mold as Butch Thorne, always makin us swoon!” “Californication” and “Billions” director Adam Bernstein is slated to direct and produce the show. “Open Book” reportedly sold more than half a million copies in 14 weeks after its release, according to ABC News.

Elon Musk’s response to an anti-Semitic tweet from Kanye West has exacerbated fears about how the world’s richest man might run the social media platform, should his $44 billion deal go through. Elon welcomed Kanye back to Twitter over the weekend after the rapper’s Instagram account was frozen because of a post that featured anti-Semitic sentiments. “Welcome back to Twitter, my friend!” Elon told Ye in response to a tweet about Mark Zuckerberg having banned him, according to Deadline. Soon after that, Ye tweeted that he was going to go “death con 3 on Jewish people,” and was promptly banned on Twitter, too. That’s when Elon said he jumped back in the conversation. “Talked to Ye today & expressed my concerns about his recent tweet, which I think he took to heart,” the Tesla exec tweeted on Monday (Oct. 10). As The Washington Post has since pointed out, Elon’s reaction seems like a good barometer for how he’ll handle hate speech if and when he does buy Twitter. “Between a growing field of state laws that seek to restrict content moderation and Elon Musk’s determination to loosen Twitter’s policies, posts such as Ye’s could soon become more prevalent online,” The Post explained. Twitter users had mixed reactions to Elon’s seeming support of Kanye, though a number of them suggested Elon’s approach to the Kanye situation would be impossible to replicate every time. As one person put it, “Elon’s content moderation plan is just him having one-on-ones with each awful person.” 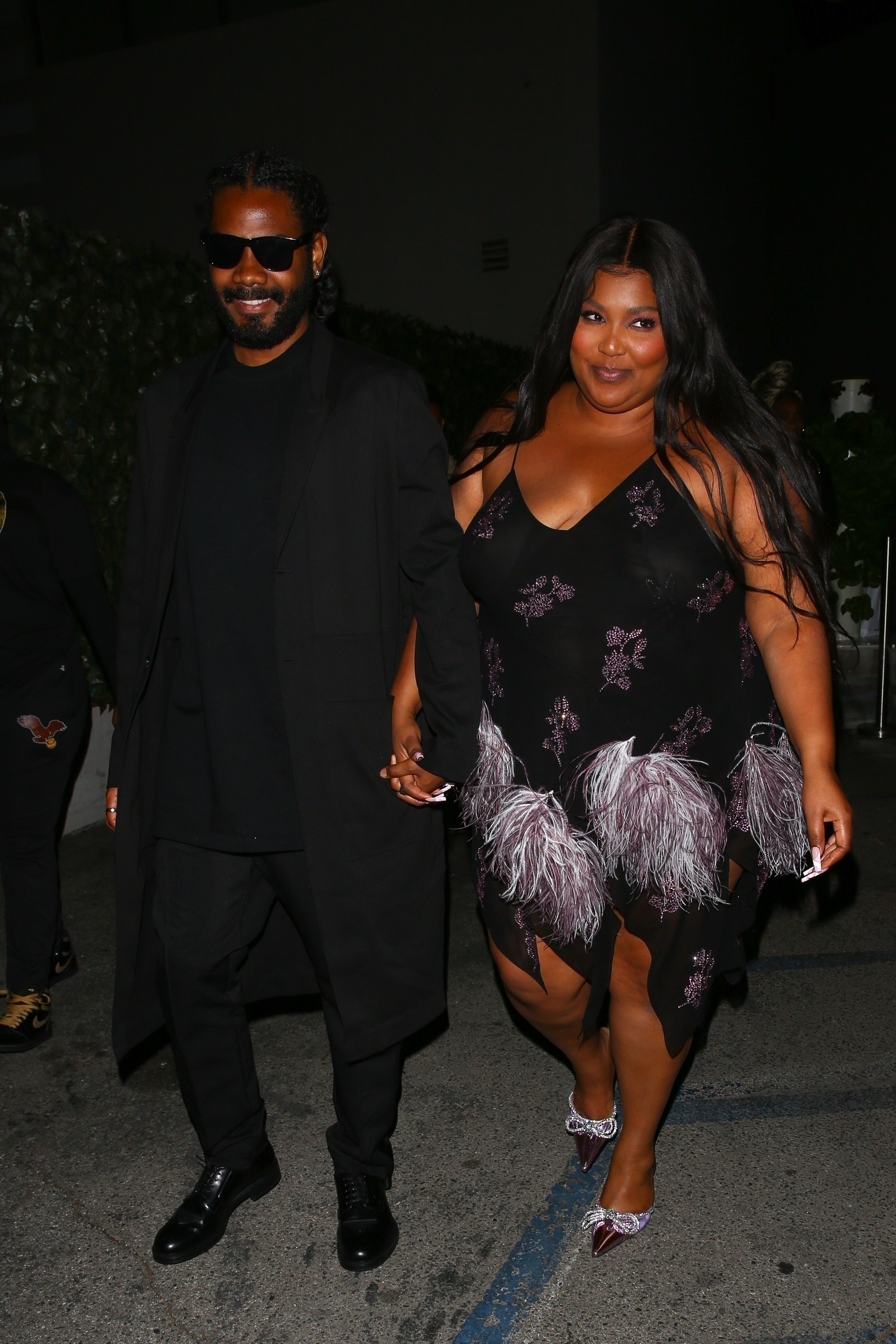 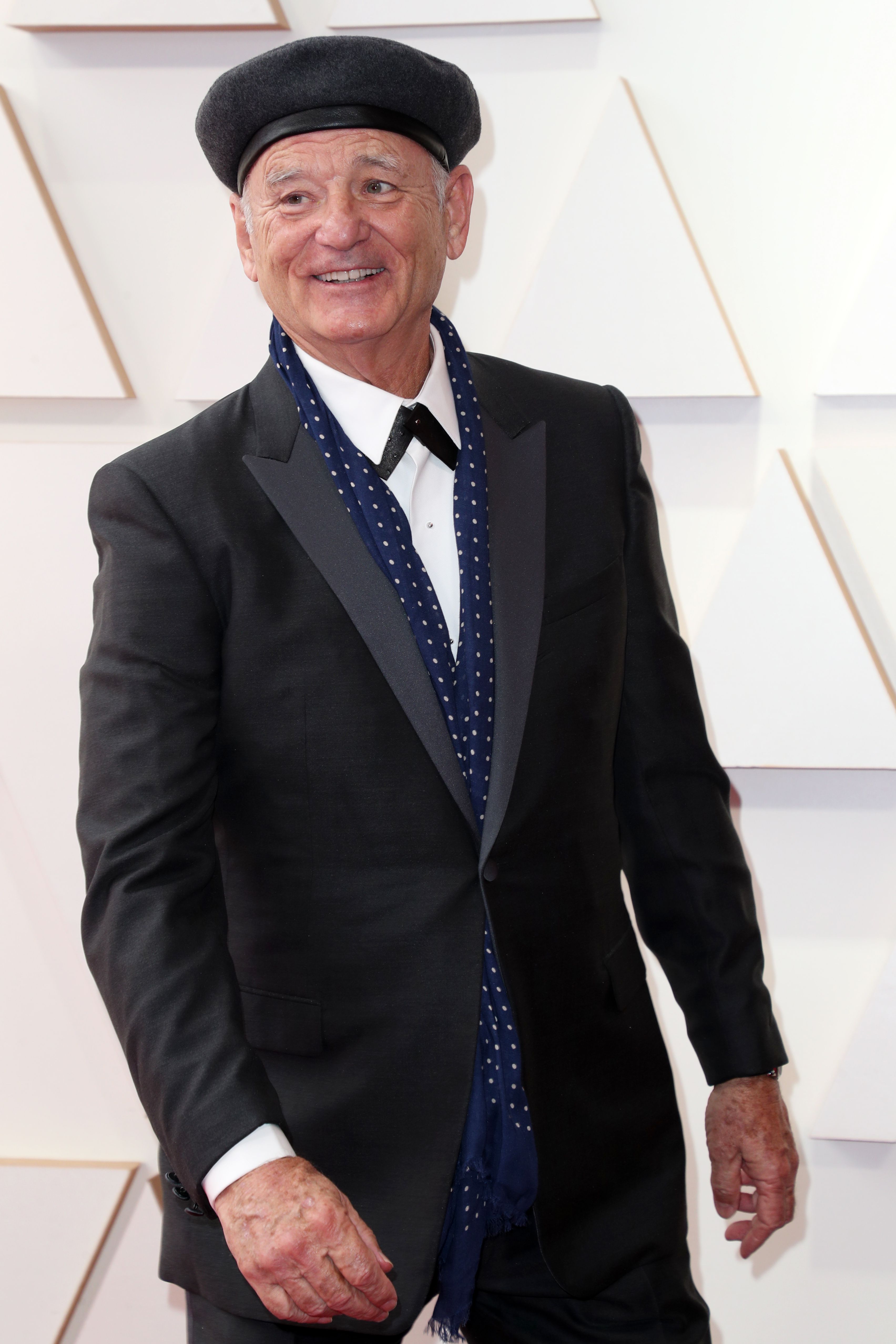 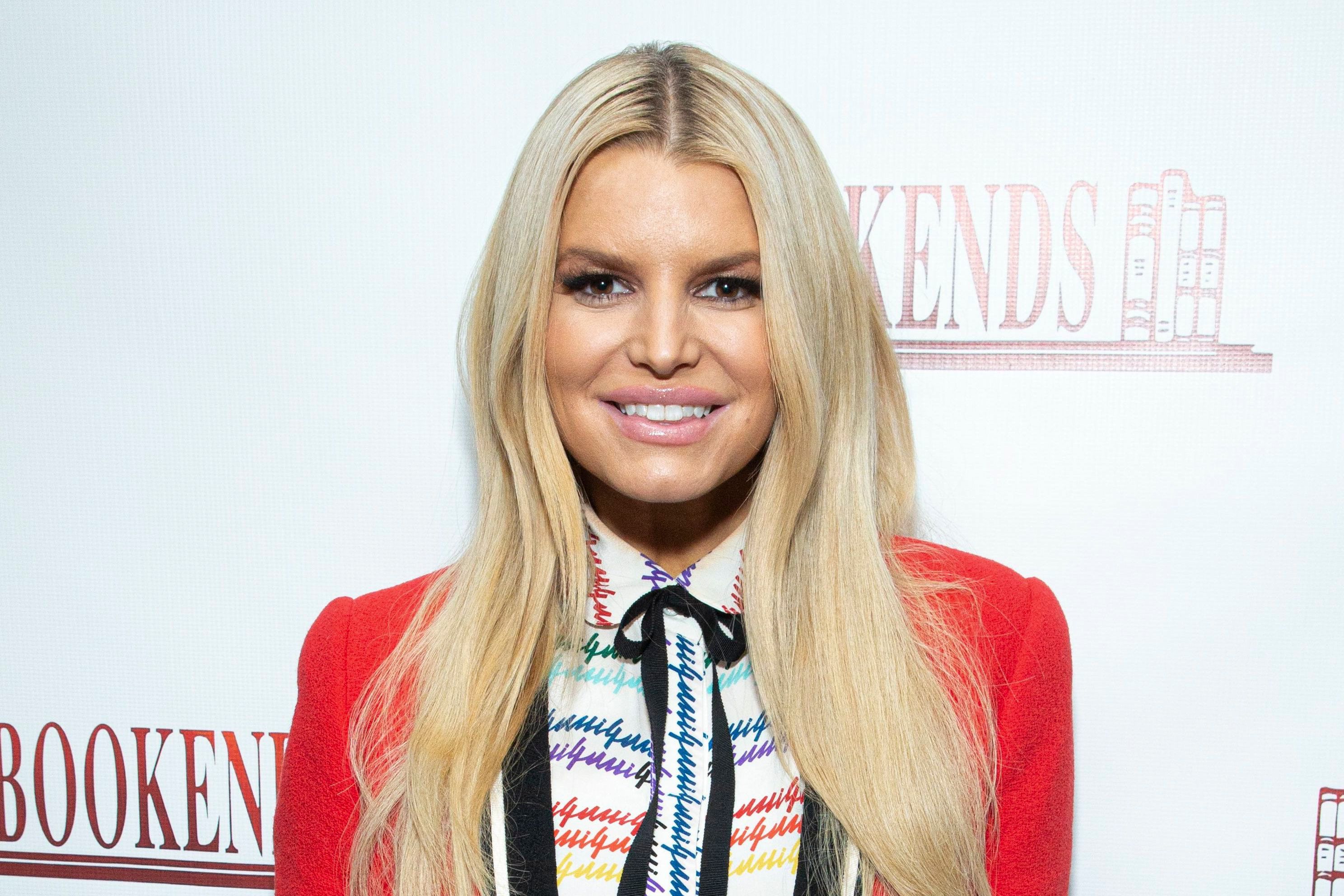 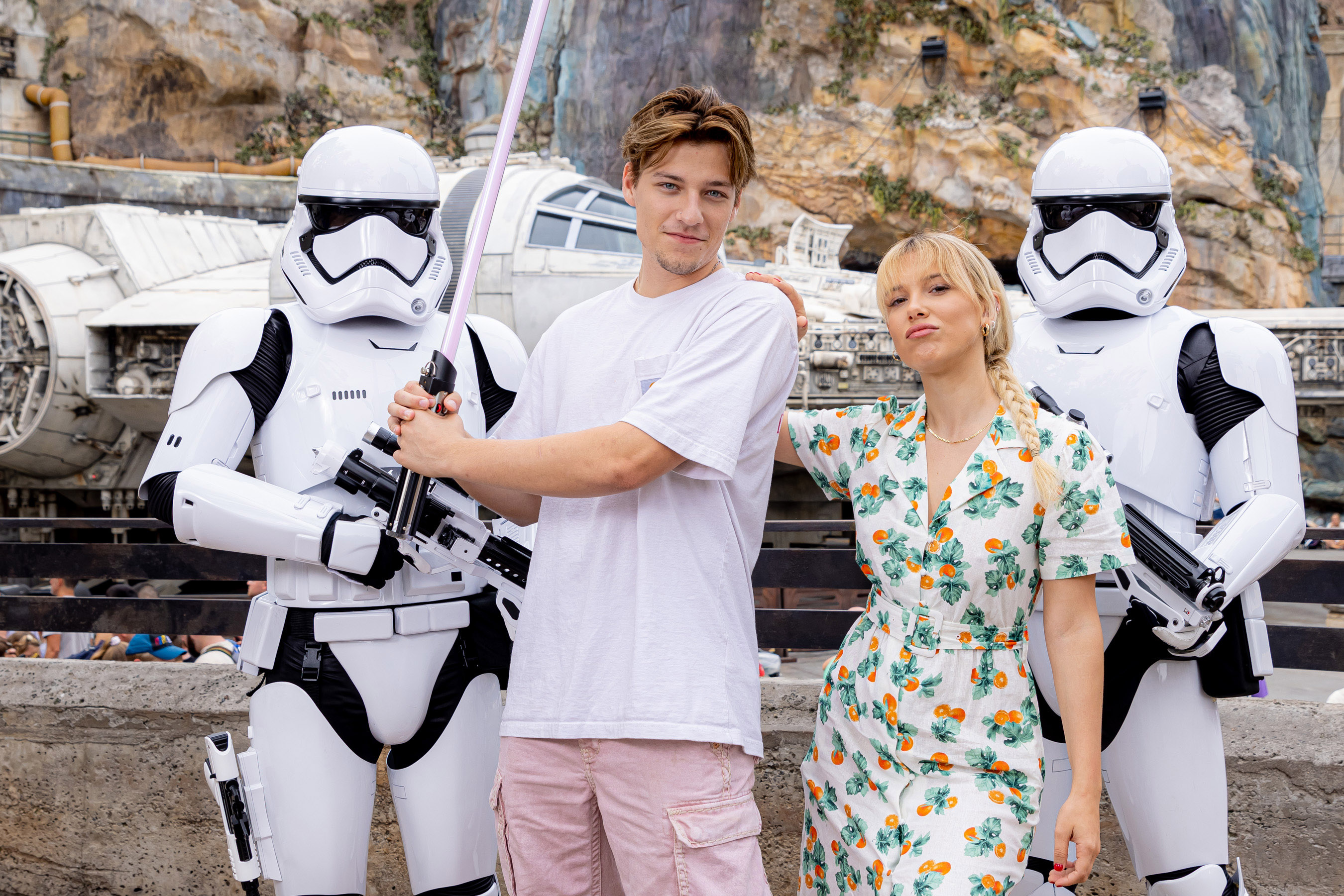