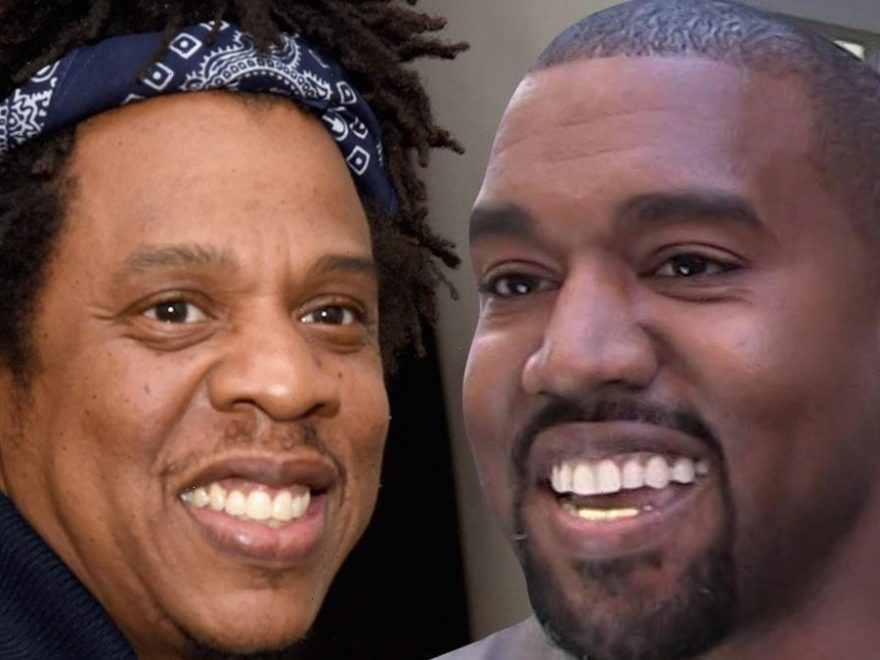 The seemingly impossible just happened at the end of Kanye‘s album release event in Atlanta … Jay-Z hopped on a track, when many believed the two were still enemies.

Kanye played “DONDA” for tens-of-thousands of fans at Mercedes Benz Stadium Thursday. West wore all red — a look he made famous back in 2010 — and danced, paced and at times stood totally still while the tracks blasted through stadium speakers.

The album had audio snippets from Kanye’s late mother, Donda West, throughout and featured a ton of features — including Tavis Scott, Lil Baby, Don Toliver, Vory and Playboi Carti.

However, it wasn’t until the final track where the biggest stunner of the night came … a song with Jay-Z. What’s more, Jay’s producer and engineer, Young Guru, tweeted, “HOV did the verse today!!!! At 4pm” … a possible reason the event’s start was delayed almost 2 hours.

If you haven’t followed along over the years, the feud between Kanye and HOV came to light in 2014 when Jay and Beyonce didn’t attend Kim and Kanye’s wedding. Things seemed to spiral after that, including public comments Kanye made during a show in 2016 when he lashed out at Jay-Z for not checking in on his family after Kim was robbed at gunpoint in Paris.

From there … Jay-Z dissed Kanye on his “4:44” album and Kanye eventually split from Jay’s streaming service, Tidal. The two hadn’t collabed or been publicly cordial up until Thursday.

Kanye and Jay-Z’s collab album “Watch The Throne” will celebrate it’s 10-year anniversary next month … and the new track Kanye released already has fans begging for a sequel.