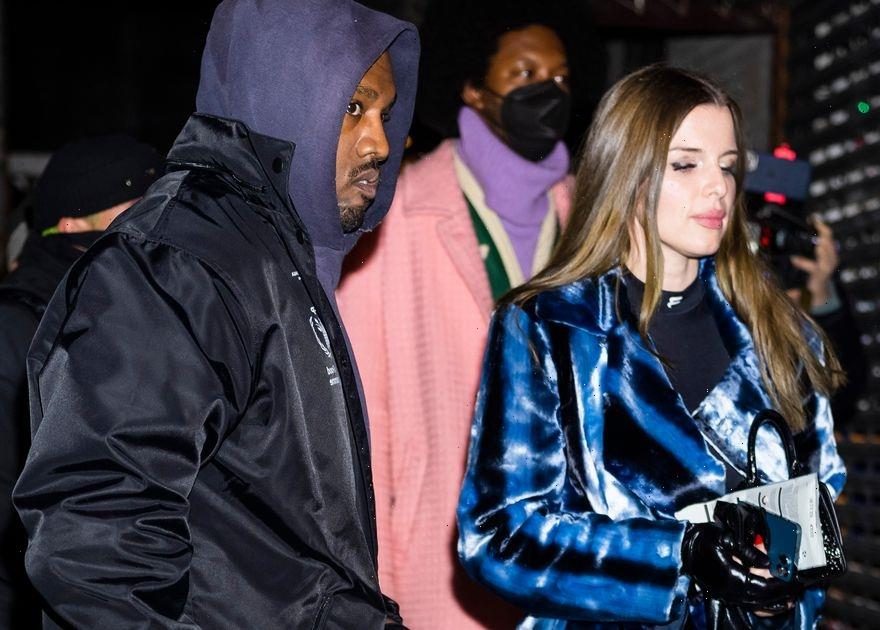 Kanye West's new girlfriend Julia Fox admitted she is a "die-hard" Kardashians fan shortly before her steamy photoshoot with Kanye.

The Touch The Sky rapper, 44, went public with his new actress girlfriend Julia, 31, with a steamy photoshoot and essay for Interview Magazine.

Just weeks before confirming their romance, Julia shared her adoration for the Kardashians in her Forbidden Fruits podcast as she said: "I have been watching Keeping Up [with the Kardashians] since it first came out in 2007 when watching it was embarrassing."

The Uncut Gems actress also confessed she was a "die-hard OG fan" and added: "I wanted them to be my family… You feel like you know them."

She later added: "It’s like you are happy for them when something good happens to them."

In the podcast, which was released in December, Julia also referenced Kanye's divorce from Kim Kardashian as she asked co-host Niki Takesh: "Can we talk about the Kim and Kanye divorce? Wait, can we talk about Kim and Pete Davidson, though?"

Julia and Kanye went public with their romance earlier this week, with a steamy photoshoot and essay, where the actress revealed how they first met.

She wrote: "I met Ye in Miami on New Year’s Eve and it was an instant connection.

"His energy is so fun to be around. He had me and my friends laughing, dancing, and smiling all night."

She then spilled on their second date after their meeting as she said: "We decided to keep the energy going and fly back to New York City to see Slave Play.

"Ye’s flight landed at six and the play was at seven and he was there ON TIME.

"I was impressed. After the play we chose to do dinner at Carbone which is one of my favorite restaurants. Obviously.

"At the restaurant, Ye directed an entire photo shoot for me while people dined! The whole restaurant loved it and cheered us on while it was happening."

Meanwhile Kanye, who legally changed his name to Ye recently, shared photos of their couples shoot on his Instagram story.

The rapper made a public plea for Kim to reunite with him, while on stage in Los Angeles.

He was singing his song Runaway during a performance with Drake at the Free Larry Hoover concert last month, which Kim attended.

Kanye rapped: “I need you to run right back to me” before adding: “More specifically, Kimberly.”

Kim filed for divorce in February last year after seven years of marriage.

For all the latest news on the Kim, Kanye and many more of your favourite Love Island stars, sign up to our daily OK! newsletter.