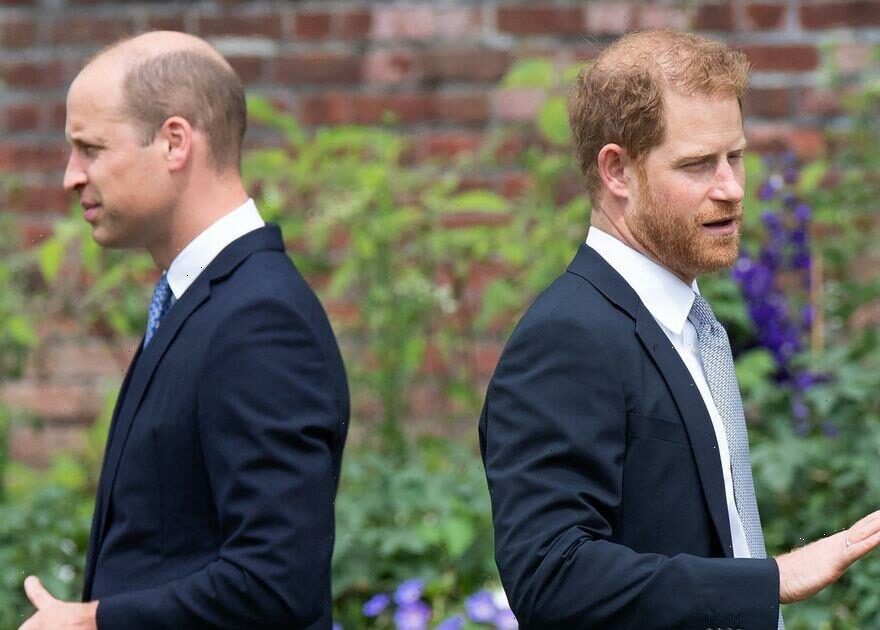 According to one royal expert, Kate Middleton has done everything she can to reunite brothers Prince William and Prince Harry but now that has failed there is nothing more to be done.

Ingrid Seward, editor-in-chief of Majesty magazine, is one of the most prominent and respected writers on the British royal family and has more than a dozen books to her name.

The royal writer has now claimed Harry, 37, and William's, 40, relationship is almost beyond repair despite Kate's, 40, best efforts.

Prince Harry has 'crossed a line' and 'been sucked into alien world', says William's pal

"Despite appearing to do so, the two boys never got along particularly well," she explained during an interview with the Mirror, before adding: "They sat together for TV interviews but they were never very good friends."

Ingrid went onto say that Kate had tried to reunite the brothers but William now feels there is nothing more that can be done.

She said: "Kate went a long way to encourage their relationship and although William has always looked out for Harry, he feels at the moment there is nothing more he can do."

The royal expert said that the Duchess of Cambridge encouraged the brothers to reconcile their differences and make up but the pair remain distant.

"Instead, [William] is concentrating on what he knows he can achieve rather than wasting time on things he can’t change," she said.

She continued: "He knows what’s in store for him and he knows how tough it is but with the help of Kate and support from his father the Prince of Wales, he remains positive and optimistic about his future."

A second source close to the Cambridges has supported Ingrid's account by stating that relations between William and Harry are at "rock bottom".

"[William] alternates between grieving for what he has lost and feeling really, really angry about what his brother has done," the source told the Daily Mail.

They went on: "He truly loves Harry and feels he has lost the only person, aside from his wife, who understood this strange life of theirs.

"But he believes there are things you just don't do. And Harry has 100 per cent crossed that line."

The source explained that before their relationship can be healed one of the brothers will need to admit they were in the wrong.

However, the insider stated: "It's pretty obvious that one of them is absolutely refusing to do that."

"William is absolutely allergic to drama,” they added, "But Harry has ensured that the family laundry is being aired on a global scale," they added.

For all your updates on Prince Harry and Prince William, sign up to our Royals newsletter.