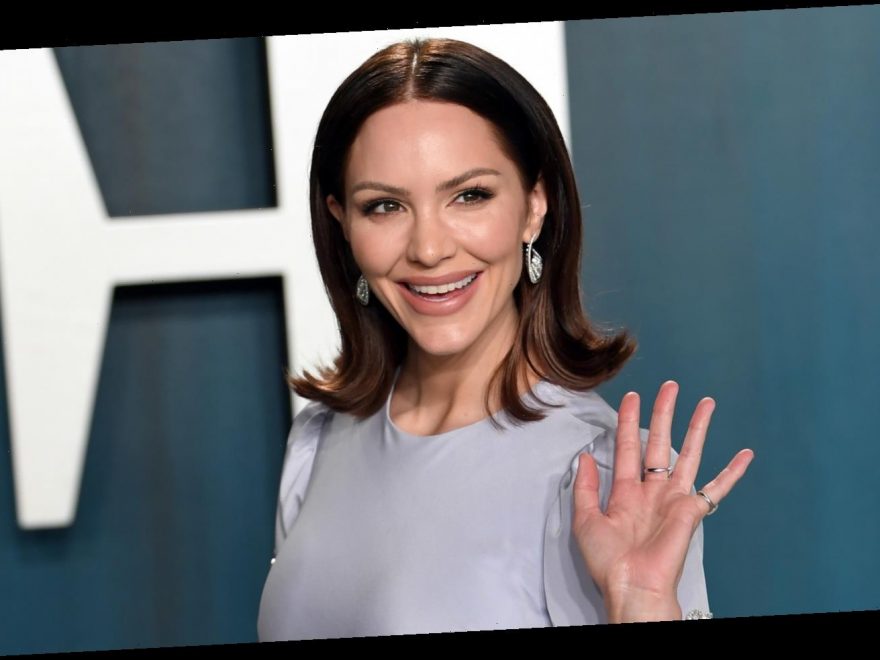 Back in October, we reported that singer Katharine McPhee was expecting her first child with her husband, David Foster. The 36-year-old did not confirm the exciting news at the time, and since then, has only hinted that she might be pregnant via an Instagram Story in which she shared she received a gift from Aperol Spritz (via MSN). McPhee then joked, “Thank you, Aperol Spritz. I won’t be drinking this anytime soon, wink, wink, but, I’m very excited! Who’s coming over for an Italian-inspired cocktail?”

But now, just shy of Christmas, the former American Idol is sharing her very first baby bump photo on Instagram (via People). In two sweet selfies, McPhee wears a blue overcoat and cradles her growing belly, putting speculation to rest that indeed, she is pregnant. There is no caption to the update, just two blue heart emojis with a blue butterfly sandwiched in between them. Wait — that’s a lot of blue. Could the Fosters be expecting a baby boy?

While we do not know any more details about the pregnancy yet, it sure was fun to see how many celebrities weighed in with their congratulations on McPhee’s pregnancy confirmation. First and foremost was her proud husband, David Foster himself, who adorably commented, “My most AMAZING and BEAUTIFUL GLOWING wife!” Debra Messing chimed in with a compliment, writing, “Sooooooooo beautiful!!!!!” Stylist to the stars Rachel Zoe commented, “Omg yessssssssssssssss.”

Some followers read into the two heart emojis as suggesting McPhee is expecting twins. And at least fan pointed out how McPhee had shared a selfie just the day before while wearing a pink coat. Was she sending a message? Or just trying to confuse us?

Well, we can’t wait to find out more about the star’s pregnancy, and wish her much health and happiness as she moves forward in her journey to baby.