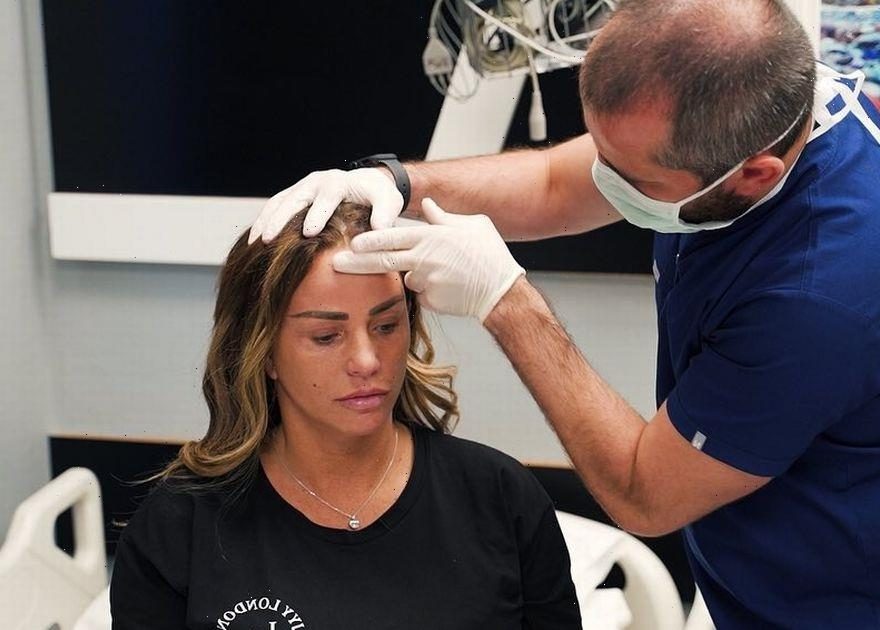 Katie Price was refused further surgery by a doctor in Turkey when she jetted out earlier this year for a body transformation.

The 43-year-old star underwent hours of surgery which included a full body liposuction, eye and lip lifts, having fat injected into her bum and liposuction under her chin.

But the facelift she had also hoped to have was one step too far for the doctor who, in her consultation ahead of her surgery, told her her skin was "too tight" for the procedure.

The former glamour model can been seen showing what she had hoped for in footage she filmed for her vlog, where she even let cameras into the operating theatre.

The doctor is shown telling her that the "only thing" he can do for her forehead is Botox.

"It's not good for your face, your skin is too tight," he says.

Katie then tells viewers: "So here's me thinking I'm going to have a facelift here and here, but he doesn't recommend it and he's the surgeon.

"I could sit here now and say: 'No, I want it like that' but then he wouldn't be a good surgeon – because there are surgeons out there who will say: 'Yeah, I'll do it.'"

"I thought that's what I'll be doing but because you (the doctor) said no I'm listening to you as you're the expert."

Footage shows the mother-of-five getting her face marked up ahead of surgery and undergoing pre-operation checks.

She is also shown being wheeled into the operating theatre after being put to sleep for the surgery.

Fans will have to tune into her next upload next week to see the outcome of the surgery.

Elsewhere in the footage, Katie is seen defending her decision to travel to Turkey for the operations, despite it being on a red list under coronavirus guidelines.

She said the travel came under "work" and was considered essential because it was classed as medical travel.