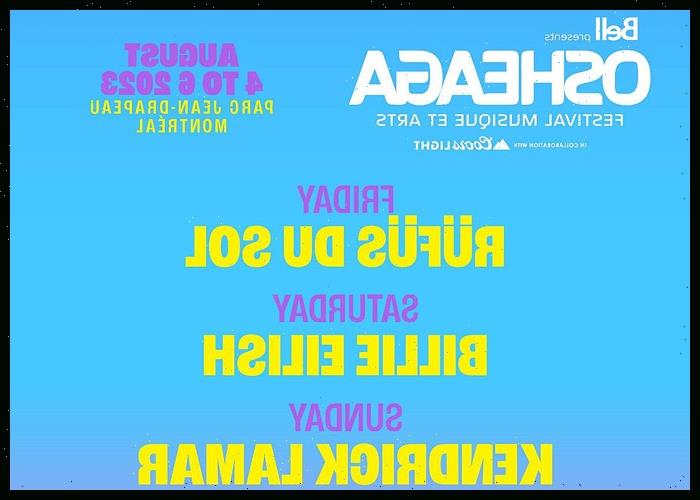 Kendrick Lamar, Billie Eilish and Rüfüs Du Sol are set to headline the Osheaga Music and Arts Festival to be held at Montreal’s Parc Jean-Drapeau on Île Sainte-Hélène from August 4 to 6, 2023.

The Australian trio of Rüfüs Du Sol, who blew audiences away with their concerts in Montreal and Toronto this summer, will take the stage at Osheaga on Friday.

Eilish will return to Osheaga on Saturday night after a breakthrough performance at the Valley Stage in 2018.

Hip-hop legend Lamar headlined the festival in 2015 to an adoring crowd, in what is largely considered one of the most amazing headline sets Osheaga has ever seen. He hits the stage once again to close out the festival on Sunday.

“We are excited to see RÜFÜS DU SOL and Billie Eilish graduate to the main stages after their excellent performances in 2019 and 2018, and we anxiously await the return of Kendrick Lamar whose 2015 set is definitely in the running for one of the best OSHEAGA hardline sets ever,” said Nick Farkas, Senior Vice President, Booking, Concerts and Events at evenko and Founder of Osheaga.

3-day tickets are on sale now at www.osheaga.com