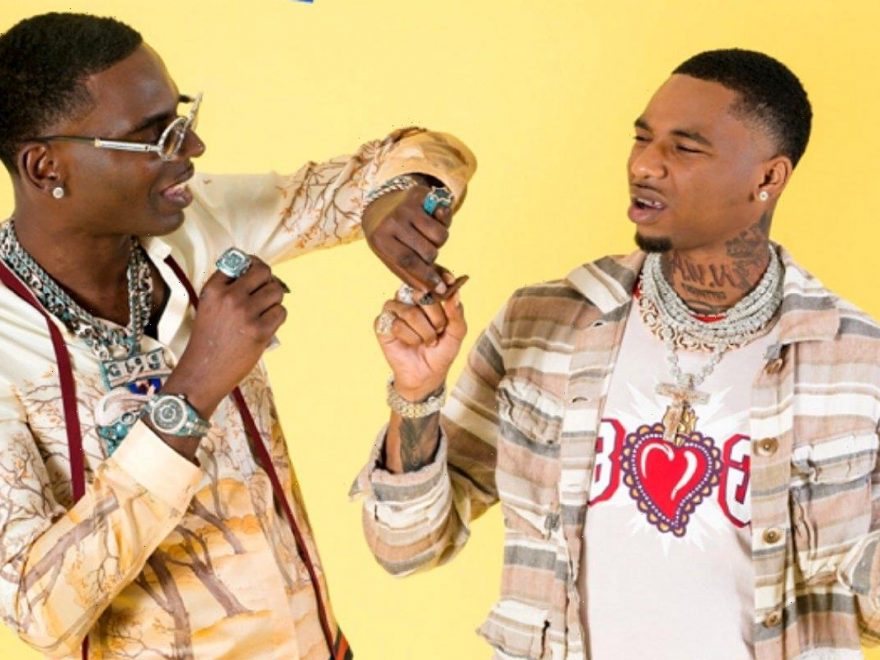 After admitting he’s not okay when breaking his silence on his cousin’s passing, the ‘Racks Today’ spitter further expresses how his life has turned gloom in a new Instagram post.

AceShowbiz –Key Glock is still grieving, nearly one week after Young Dolph‘s tragic and sudden passing in a shooting. One day after breaking his social media silence on the loss, the 24-year-old addressed the matter in a new longer message on his Instagram page.

On Monday, November 22, Glock, who previously wiped off his page clean in the wake of Dolph’s death, uploaded what now has become his first post on the photo-sharing platform. In the post, he shared several photos of him with his late cousin and fellow rapper, including from his younger days.

The images came with a heartbreaking caption in which the “Ambition for Cash” emcee opened up how he is feeling after losing his mentor and cousin. “damn bro,” so he began writing, “im LOST my heart is torn my brain bout to explode it HURTS when I breathe..why you leave me so soon??”

He admitted, “I’ll never be the same, you was my lefthand man,my brother,my cousin,my mentor and drank partner for the past 2 years I been taking LOSS AFTER LOSS and still can’t understand why.”

It’s exceptionally hard for Glock since he recently also lost other family members prior to Dolph’s passing. “First, it was my pops then my auntie then my grandma and now YOU!!” he lamented. “I know we can’t question GOD but GOD why?! There’s nothing no one can do or say to bring you back and that s**t just eats me up by the second!!”

“N***a you was Phil Jackson and I was yo MJ. Remember I told you I got yo back no matter what??” he recalled. “I GUARANTEE THAT!! Words really can’t explain how I truly feel right now.. I’m sick to my stomach bruh!! Peace ain’t even working.. all I see is DARKNESS, only GOD knows how much you meant to me.”

Glock previously sparked concerns among his fans after he appeared to quit social media. On November 17, the day Dolph was shot and killed in Memphis, he wiped off all his previously uploaded photos on Instagram. He also deactivated his Twitter account altogether, though it has now returned.

On Sunday, he then responded to similar questions from his fans and friends about how he is doing following his cousin’s passing. Apparently irritated, he wrote on his Instagram Story, “STOP asking me if I’m ok” when they know “damn well I ain’t..”

Glock was taken under Dolph’s wing when he entered the game. He was signed to the late rapper’s record label Paper Route Empire in 2017 and collaborated with Dolph on 2019’s “Dum and Dummer” and 2020’s “Dum and Dummer 2”.