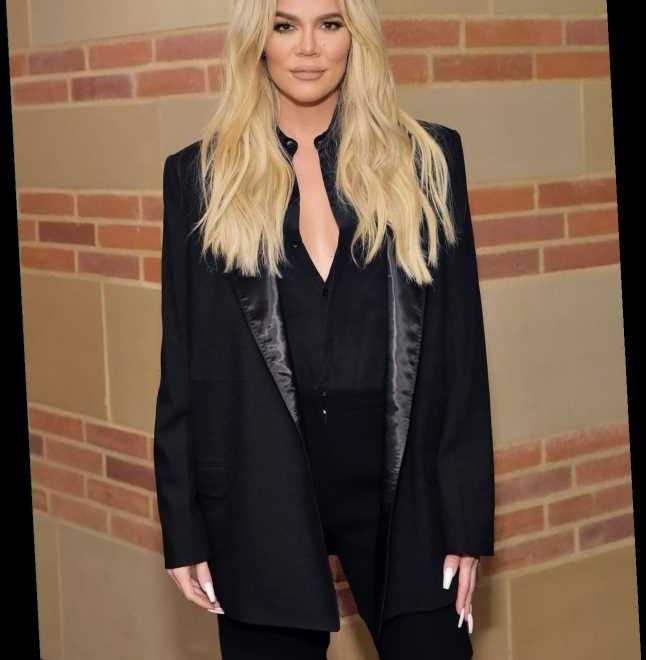 Could there be wedding bells in Khloé Kardashian’s future? After she was spotted out wearing a massive rock on her left hand, fans are speculating whether or not she’s engaged. The Keeping Up with the Kardashians star has been spending a lot of time in Boston with Tristan Thompson, and stepped out ahead of the holidays wearing a sparkling diamond that was hard to ignore. After seeing the ring, fans on Twitter can’t stop buzzing about the fact Khloé Kardashian appeared to wear an engagement ring. Elite Daily reached out to reps for Kardashian and Thompson regarding the engagement rumors, but did not hear back by time of publication.

TMZ first shared photos of Kardashian’s new sparkler when she stepped out with daughter True Thompson for an outing in the city. After seeing the images, fans are chattering non-stop about the potential meaning behind her new bling.

"I’ve seen so many tweets about Celtics basketball this evening… but what I have not seen are tweets related to Khloe Kardashian having a ROCK on her ring finger while spotted out in Boston… could it be? Tristan T & Khloe K engaged!?!?! I’m here for it," one fan tweeted.

Fans were quick to point out that Koko’s ring was worn on that finger.

"Khloe is right handed and if you are right handed, you hold your child’s hand with your right hand. Khloe is intentionally holding her daughters hand with her left hand to show off that massive engagement ring," another fan tweeted.

Daily Mail’s report about the ring painted an entirely different picture. "They are not engaged," a source told the outlet on Dec. 23.

The reports surfaced after Kardashian spent much of December in Boston while Thompson readied to play his first game for the Boston Celtics. The NBA star signed a $19 million contract with the sports team in November, though, Kardashian has said the deal doesn’t mean she’s moving to the east coast permanently.

Kardashian has yet to speak out on the engagement rumors, but whether her sparkler is just an early Christmas present or has a bigger meaning, it’s been quite the conversation starter.