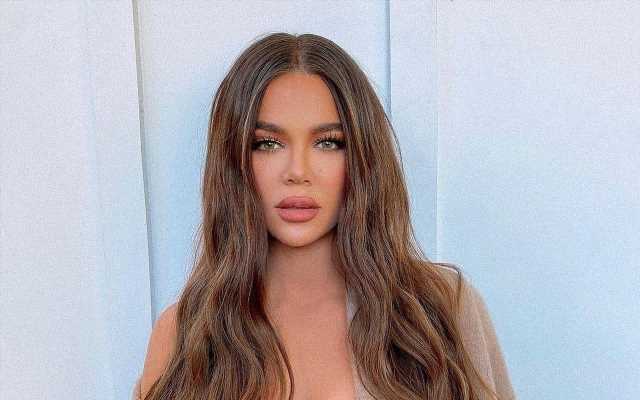 The ‘Keeping Up with the Kardashians’ star was shocked after a therapist told her that a surrogate could ‘terminate the pregnancy with any unplanned outcome.’

AceShowbiz –Khloe Kardashian was “freaked out” after realising the “control” a surrogate would have over their pregnancy.

The 36-year-old star has been documenting her journey to have another baby with Tristan Thompson, but admitted she hadn’t “put two and two together” about the process as the couple met with a surrogate therapist on this week’s episode of “Keeping Up with the Kardashians“.

He asked, “What are your beliefs about foetal reduction or termination of pregnancy due to multiple pregnancies? Say, the embryo splitting and the surrogate was carrying twins suddenly.”

While Khloe, who is mother to three-year-old daughter True with Tristan, said they would be “on board with that,” the therapist pointed out that it’s the surrogate’s body, “so she could terminate the pregnancy with any unplanned outcome.”

“I’m definitely getting freaked out I think as the questions go by just because I, of course, I know it’s her body, my baby, but I really did not put two and two together that that means she has the control whether she would want to, you know, terminate the twin,” Khloe later admitted. “Me not having control over that outcome, makes me very nervous.”

“I mean, I know it’s her body but I still didn’t know it was really her choice and that might be really naive to say but I mean this is a big eye opener. I’m definitely second-guessing a couple things. It’s just a little intense this whole Zoom call.”

In scenes filmed in the summer of 2020, she then contacted a surrogacy broker, who reassured her that there were ways to get things in writing to gain more control over the process.

Tristan suggested they simply needed to “find the right surrogate,” and Khloe responded, “It’s just releasing so much control. First it was being told, okay I would not be able to carry – that took a minute to process, cool. I’ve accepted that. Now I’m in phase two: Find a surrogate.”

“I can’t think too far ahead, because this is where I am for phase two, I do think this is the right choice for us, but I’m not going to be rushed into it, I’m not gonna force it.”