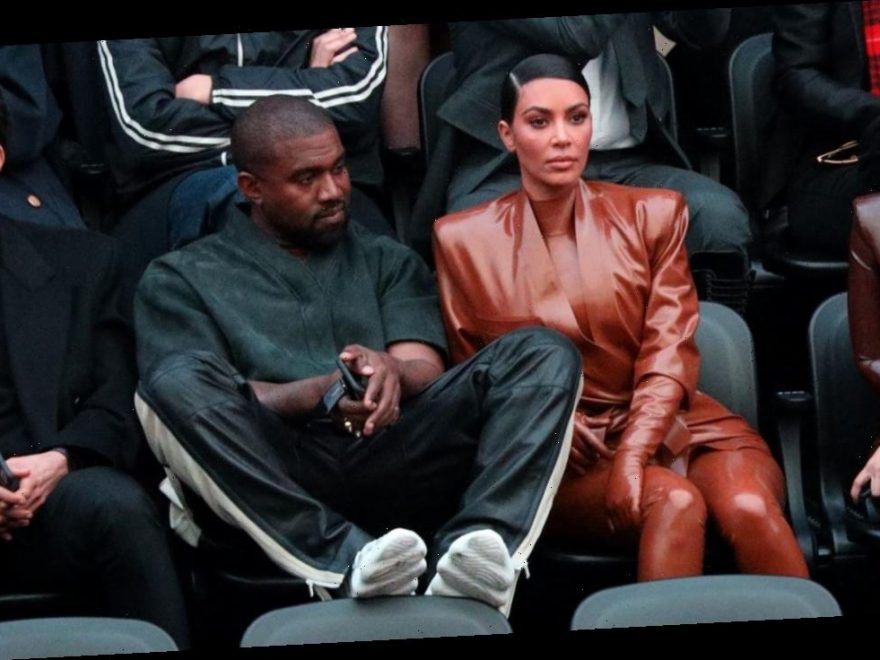 Things aren’t looking too good for Kim Kardashian West and Kanye West’s marriage. After having a rocky 2020, reports have come out that the two are headed for divorce. To make matters worse, Kim has been seen and pictured without her wedding ring. So, what is really going on in the West household?

Turmoil started publicly for the Wests when Kanye went on a Twitter rant following his admission that he and Kim had considered aborting their oldest daughter, North.

“Kim tried to bring a doctor to lock me up with a doctor,” he tweeted before deleting the post. “If I get locked up like Mandela… Ya’ll will know why.”

“Kriss don’t play with me,” he continued. “You and that Calmye are not allowed around my children. Ya’ll tried to lock me up.”

“Kim was trying to fly to Wyoming with a doctor to lock me up like on the movie ‘Get Out’ because I cried about saving my daughter’s life yesterday,” he said.

Kanye even revealed that he had been trying to divorce Kim for a while.

“I been trying to get divorced since Kim met with Meek at the [Waldorf] for prison reform,” he wrote in a now-deleted tweet.

Kim later gave a statement, attributing Kanye’s outburst to his bipolar disorder and asking fans to show him empathy and allow them to handle the matter privately.

Kim loves social media, maybe a little too much. Through her recent social media posts, fans can gain a lot of insight into her life. First, the star seems to have spent Christmas and New Year’s Eve without her husband. She and her kids spent the holidays at her sister Kourtney Kardashian’s house.

But even more telling, was a post for her company SKIMS in which Kim’s ring finger was absolutely bare.

Kim and Kanye are in couple’s counseling

Though they are largely living separately, Kim and Kanye are reportedly in couple’s counseling.

“Kim and Kanye are in counseling and exploring their options,” a source recently told People. “They have been working on their marriage for a long time, but no decision has been made.”

Though it has been reported otherwise, the source says the marriage is “not over yet. They are still trying to see if the marriage can be saved.”

But either way, the Kardashians are supportive of whatever Kim decides.

“Kris Jenner and Kim’s sisters are being as supportive as possible,” another source said. “They’ve seen Kim struggle over the last year and ultimately just want both her and Kanye to be happy, however that may look.”

Despite the couple’s counseling, Kim is still preparing for divorce, according to muliple sources.

“He knows that she’s done,” a source told the outlet of Kanye. “She has had enough, and she told him that she wants some space to figure out her future.”

Though Kim has not yet filed, Kanye is preparing himself for it.

“He’s OK,” the source said. “He’s sad, but OK. He knows the inevitable will happen, and he knows that it’s coming soon.”