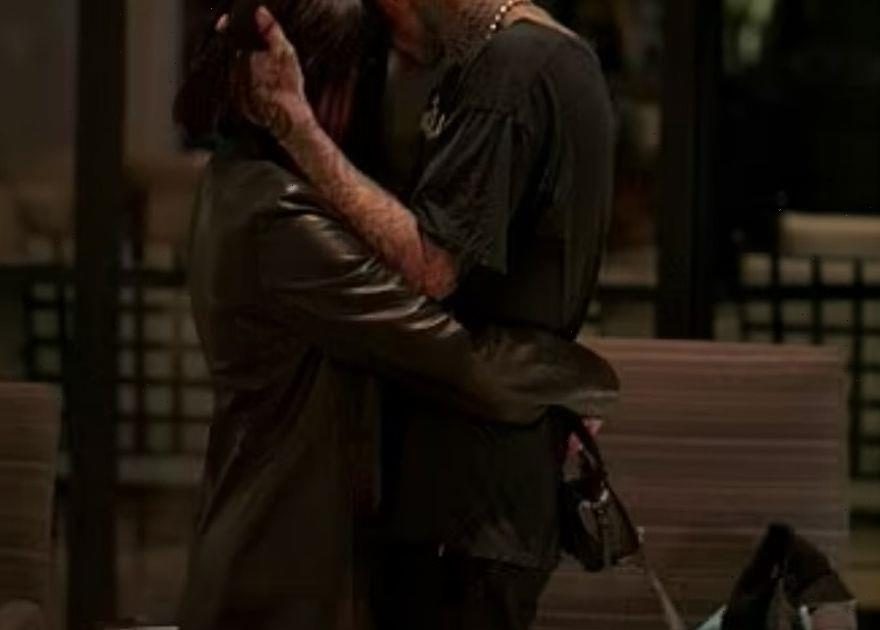 Scott Disick's reaction towards his ex Kourtney Kardashian's engagement to Travis Barker takes centre stage in the latest instalment of The Kardashians.

Kourtney and Scott started dating in 2006, just before the clan's reality show Keeping Up With The Kardashians aired, and after a tumultuous on/off relationship and the arrival of their three children, they officially called it quits in 2015.

And while they have been broken up for seven years, viewers were left feeling very awkward during Kourtney's "cringe" PDA with her new fiancé Travis in front of Scott.

However, when Scott furiously confronted Kris and Kendall Jenner later for their failure to include him in social gatherings attended by Kourtney and Travis, viewers blasted him for not understanding that blood-related family always come first. The drama unfolded as Kourtney and Travis took a moment to themselves at Kris' housewarming/birthday event and passionately kissed each other.

The pair held each other close as Travis whispered, "I love you, my baby," before kissing as Scott awkwardly watched on.

"Scott's right there," Kris said at the dinner table, to which Khloe responded: "It's okay, everything is okay."

Speaking to cameras later, Kourtney addressed her PDA with Travis, saying: "I know we were holding back, that I do know. We weren't, like, just fully going for it. I didn't know that anyone was looking at us."

Viewers soon shared their thoughts, with one writing: "Kourtney and Travis PDA is getting annoying and extremely cringe."

Another wrote: "Kourtney and Travis are so over the top. I go from thinking they're the cutest couple to getting the major ick from their extreme PDA."

A third added: "Nah I'm sorry Kourtney and Travis are too much with their PDA it's so uncomfortable #TheKardashians."

Elsewhere, Scott lashed out due to feeling felt out when he realised Kendall didn't invite him to her birthday party because Kourtney attended.

However, this time around, viewers did not have sympathy for him.

One person wrote: "Who tf does Scott think he is?!?! He ruined his relationship with Kourtney and she supported him as a co-parent while he dated teenagers. The way he spoke to Kris at lunch was very inappropriate #ByeScott #TheKardashians."

Someone else added: "Scott ruined Kourtney life for over an entire decade I just don't understand how he expects to be invited to family parties he is no longer part of? Move on!"

A third added: "Scott just p***ed me off. Like SIR THEY ARE ALL RELATED TO KOURTNEY. THEY ARE LITERALLY HER BLOOD. GET TF OVER YOURSELF."

For all the latest showbiz stories, sign up for OK! 's daily newsletter here.