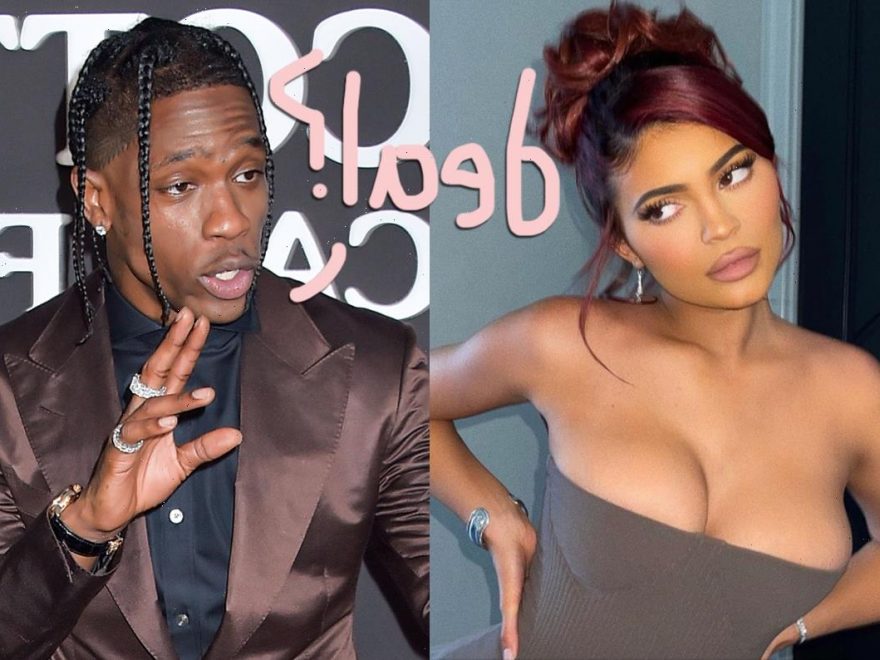 It’s been expected for months, rumored for weeks, and now we finally have an answer: yes, Kylie Jenner and Travis Scott are DEFINITELY back together!

According to TMZ sources with a “connection to both Kylie and Travis” the couple are no longer just hanging out and seeing what happens — they are full-on dating again! Only — and here’s where it gets juicy — they’re free to see other people! Or so you’d think…

According to reports, the big negotiation that finally got Stormi Webster‘s parents back as an official couple was an agreement they would be non-exclusive. BUT… is that really the case??

OK, let’s rewind. According to several sources, in February of 2019 Kylie went through her man’s phone and reportedly found hard evidence he was cheating. Though they didn’t split at that time, it was the beginning of the end. Kylie tried to make it work but supposedly had a hard time trusting Travis from that point on — so when there was another strong suspicion that October, she finally pulled the trigger.

Now we’ve seen many times since what great co-parents they are, what great friends they’ve remained throughout their months as a non-couple.

But considering Travis allegedly cheating was the main impetus for the breakup, isn’t getting into an open relationship kind of a “compromise” only on Kylie’s part? Basically saying the TKN rapper can continue to see other people, but this time it’s not against the rules? Is Kylie giving up too much here? She clearly felt pretty strongly about the infidelity before — does this stand a chance of working??

There was another aspect to the split, however — another point of disagreement besides where Travis could park his peen was whether the couple would have more kids. She wanted more, he firmly did not. Is that somewhere he might have compromised?

A source speaking to ET spilled about the new normal for the couple, explaining:

“Kylie and Travis are trying to make things work in a way that makes sense for them. Travis really respects Kylie and worships the ground she walks on. She means a lot to him. He loves that Kylie is such a boss and how great of a mom she is. Kylie loves that Travis is so creative and that he makes a big effort to be involved in Stormi’s life.”

But what about kids? It’s clear she hasn’t budged on her desire to give Stormi a sibling. But has he come around? Maybe so…

“Kylie and Travis are on very close terms and ideally, Kylie would love to have more kids one day and she would of course love for the father of her future children to be Travis, but they aren’t putting any pressure on themselves and are seeing where things go.”

This insider also assured the KarJenner fam is supportive of Kylie’s decision to give her baby daddy another chance:

“Kylie’s family wants what’s best for her and whatever makes her happy in terms of where her relationship with Travis goes.”

Is giving him an open relationship the only way forward for the couple? Will it work?? Wellllll… on Friday, Kylie took to Twitter to claim it was made up info, saying:

Here’s the question, though. Is the “open relationship” part really made up, or does Kylie just not want people to know about it? Look, we’ll be real with y’all — LOTS of Hollywood couples have tried the open relationship thing, but it’s not common knowledge because publicists are afraid of what more traditional fan bases will think. We’re not saying that’s necessarily the case here, but it does make us wonder! TMZ’s sources are rarely wrong, so were they incorrect here, or were they just wrong to have spilled the supposed beans?

Let us know what YOU think, Perezcious relationship experts!