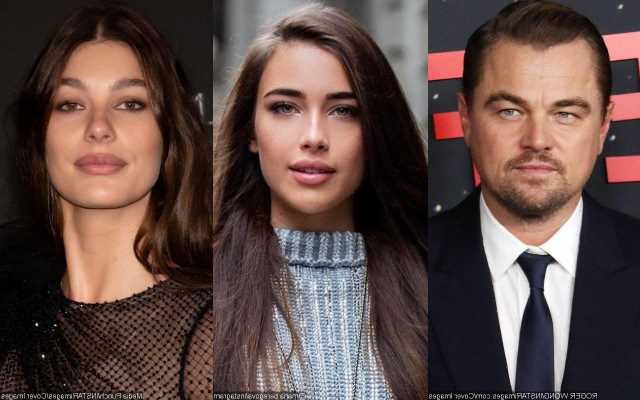 While the ‘Titanic’ star’s split wasn’t announced until August 30, the actor was spotted having fun with Maria Beregova in a luxury yacht St. Tropez in July.

AceShowbiz –Leonardo DiCaprio has been revealed to go out and about with another woman before news of his split from Camila Morrone surfaced online. In July, the “Titanic” actor was spotted partying with a 22-year-old Russian model.

On Wednesday, August 31, Daily Mail identified that the brunette beauty was model Maria Beregova. In July, the 47-year-old actor, who reportedly prefers to date under 25-year-old women, was caught having fun with Maria during a yacht party in St. Tropez.

The site reported that Maria jetted off to the south of France after splitting with her 30-year-old husband, Ahmed Masoud Abdelhafid. Maria and Leonardo then were spotted boarding a luxury yacht together.

In photos obtained by the news site, Maria looked glamorous in a skimpy black mini dress. As for the “Once Upon a Time in Hollywood” star, he rocked an unbuttoned navy blue shirt, black pants and black baseball cap.

On August 30, PEOPLE reported that there’s no more Leonardo and Camila. Representatives for the actor and the model, however, declined to comment on the breakup reports.

“The Wolf of Wall Street” actor and the 25-year-old model reportedly started dating in 2017. While they were notoriously private about their romance, a source told PEOPLE in 2019 that the pair were “pretty serious” about each other.

“It’s definitely not a casual relationship,” claimed the so-called insider. “Camila spends a lot of time at his house. Camila is long known as Leo’s girlfriend. And Leo introduced her to both of his parents long ago.”

Since the breakup reports circulated online, Leonardo has been hit with criticism, with many pointing out that they have predicted the actor would end his relationship with Camila due to her age. “there’s no phenomenon on this planet more reliable than leonardo dicaprio breaking up with his girl by age 25, the stats are breathtaking,” one person tweeted.

Someone else mused about how Leonardo might have ended the romance as one stated, “i need to know how leonardo dicaprio conducts these breakups. does he start picking fights months before they turn 25 to be less conspicuous?” A third joked, “Leonardo DiCaprio is actually dating all the under-25s he possibly can to spread the word about climate change to those who will be the most impacted.”

“Happy Birthday sweetie!!! It’s time for us to break up,” another Twitter user quipped. Another jokingly posted, “titanic turns 25 this year at which point i assume leonardo dicaprio will no longer want to be in it.”