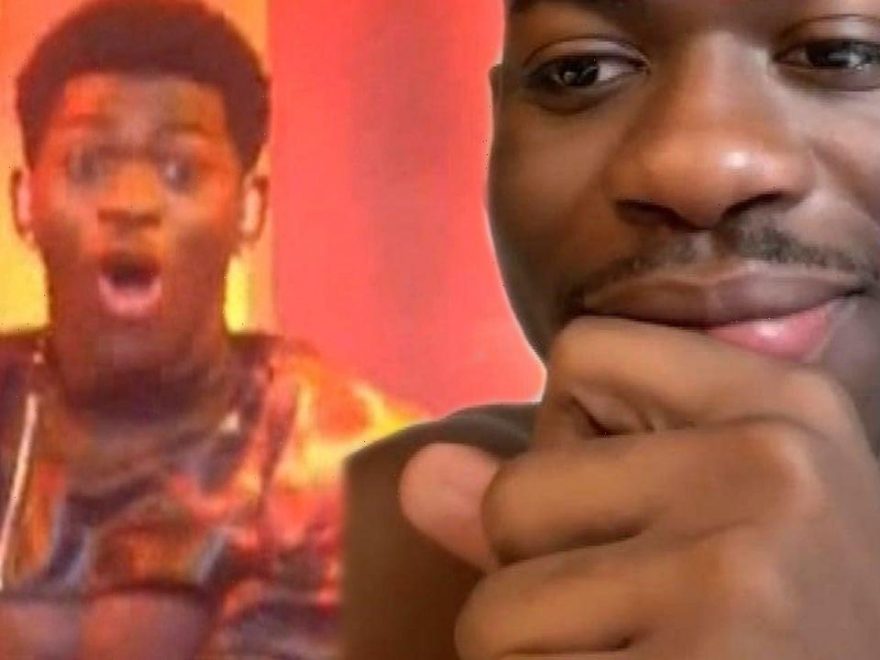 Lil Nas X is taking his Saturday Night Live wardrobe malfunction in stride. The artist sat down on The Tonight Show on Monday, and opened up about splitting open his leather pants while dancing on a stripper pole during his first performance of the show.

The artist rocked a half-top and super tight leather pants for his first set of the night, performing “Montero (Call Me By Your Name)” while flanked by a legion of shirtless back-up dancers in what was one of the most memorable and sexually charged SNL performances in recent memory.

The number was already super steamy — with a ton of skin, lap dances and neck licking — before Lil Nas X stepped up to the stripper pole to show off some of his moves. However, after dropping low and popping back up, the singer looked noticeably surprised.

“So I was pretty much going down on the pole, doing my little sexy dropdown, and boom, I feel air!” he recalled. “I was like, ‘There’s definitely a breeze going on.'”

“I also felt like some popping still happening while I was down there, so I was like, ‘God, please don’t be on TV already.’ And SNL is actually live,” Lil Nas X continued, explaining how, even after the initial malfunction, there was still quite a bit of performing left to do.

“At the end of the performance, the dancers are supposed to touch me and tug on me or whatever, and they were tugging on the pants, and I was like, ‘Please, God, no,'” he remembered. “[But] It was perfect timing. If that had ripped at any other [earlier] time during the performance, it would have been over.”

The artist said that many people on the crew, and even his backup dancers, didn’t realize anything was wrong. After the number, Lil Nas X stayed on set, covering himself, as some of the crew told him he had to exit stage to get ready for his next set.

“I said, ‘I literally cannot leave, or everybody here will see everything…. please bring me a towel!'” he recalled.

“I was pretty much going down, doing my little sexy dropdown, and boom, I feel air!”

From a pants rip to dancers with COVID, @LilNasX breaks down the many obstacles he ran into during his @NBCSNL performance. #FallonTonightpic.twitter.com/GsjoFYEg4b

While the malfunction may have caused a slight hiccup, it turns out that the performance came very close to not happening at all.

The singer explained that he’d been rehearsing the performance for two weeks with a whole crew of dancers, and just a day before the show one of them contracted COVID, meaning all the dancers had to be quarantined. They found a whole new crew to come on, and they had to learn all the choreography in less than 24 hours — and they still managed to pull off one of the most memorable SNL sets of the decade.

“It was really scary,” he shared. “But we made it through the week though.”

Check out the video below for more on Lil Nas X’s new music.