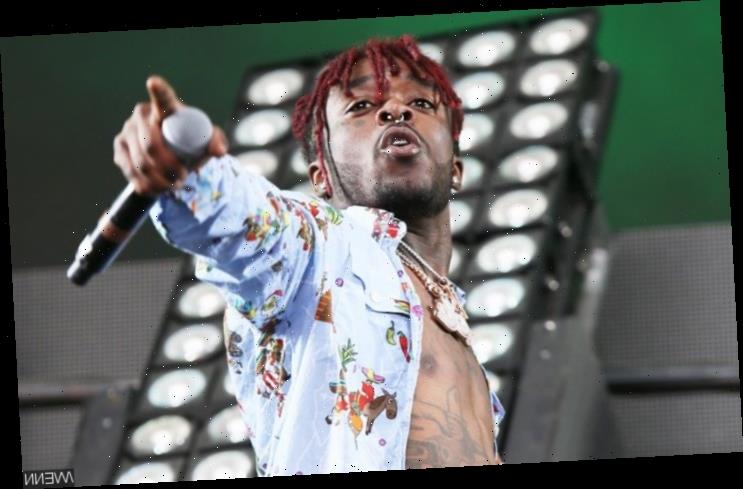 Taking to his Twitter account to address the viral photos, the ‘Sanguine Paradise’ rapper says, ‘A fan asked for a kiss and my high as did it on some rockstar s**t.’

AceShowbiz -Despite the photos that are currently making their way round online, Lil Uzi Vert is pretty much single. The rapper has since denied dating anyone after people suspected that the girl he was kissing in the viral picture was his girlfriend.

In the said photo, Uzi and the mystery girl appeared to be getting cozy with each other as one photo showed him planting his lips on the girl’s. However, the “Myron” spitter stressed that the mystery girl was only a fan and insisted that he never dated her. “I don’t do internet telling my personal life but… I don’t f**k with that girl,” so he said.

“I don’t lie if I f**k with somebody I tell the truth,” he continued. “A fan asked for a kiss and my high as did it on some rockstar s**t I be forgetting I’m black so it look bad.” Uzi also pointed out that the incident happened a long time ago since he was seen sporting braces in the photos. “S**t old I don’t even got braces,” the hip-hop star wrote in a separate tweet.

Uzi was previously in a longtime relationship with his stylist, Brittany Byrd. It’s unclear when the two decided to go their separate ways, but by the end of 2017, the rapper already sparked a new romance with model Brittany Renner. However, their relationship also did not last long.

Most recently, Uzi was rumored to be romancing JT from City Girls, though it appeared that the latter debunked the speculations when she and Yung Miami guested on “The Breakfast Club” last month. When asked whether she broke up with Uzi, JT began laughing before answering, “I didn’t break up with him. We never was… What the f**k is wrong with you!”