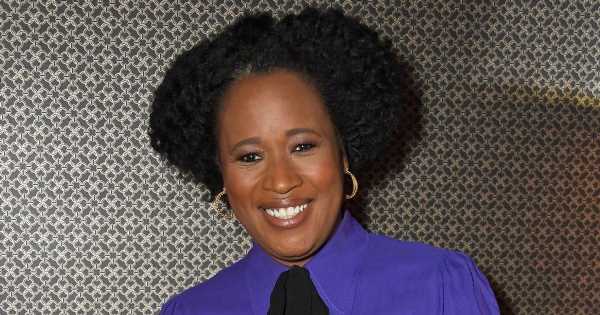 Charlene White has shared a gushing tribute to her son Alfie after he managed to figure out how to ride a bike without help.

The 41 year old, who was recently forced to apologise twice after a guest swore on live TV, took to her Instagram feed to post a snap of her four year old boy on a green bike.

Her young boy wore a red T-shirt, brown trousers and a dinosaur-themed helmet as he confident peddled next to a black car.

In the caption, Alfie's mum spoke out on how proud she is of him after being able to ride the bike without help for the first time after Charlene and his pal Henry encouraged him.

"Bank Holiday wins… this one finally aced riding a bike," she began. "Not his one, he basically jumped on his mate Henry’s one and refused to get off [shrugging emoji].

"But after a shed load of encouragement (and coaching!) from Henry he did it. So so proud of both of them tbh."

Charlene went on to joke that she was going to take a clip of him on the bike, but decided against it after it appeared he was going to crash into a stationary car.

"This pic was meant to be a video but ….er…he almost crashed into that car so we were both yelling and I grabbed him." she wrote with two crying with laughter emojis.

Charlene, who had a secret acting career before fronting ITV's Loose Women, added: "I’d told him he’d have to use his pocket money to pay for any damage caused in the pursuit of solo cycling

"so he was ultra careful after that (and kept crashing into walls instead)." alongside a shrugging emoji and a tongue sticking out emoji.

Many of her fans were quick to comment on Alfie's achievement as one person wrote: "Oh wow! No stabilisers? That's a huge achievement! Well done! Is he only 4?".

Another said: "Well done [clapping hands emoji] that’s brilliant!!! The look on their face when it clicks is priceless. He is super safe with that helmet love it," followed by a smiling emoji.

While a third added: "Aww Massive Well Done Little Man (that reminds me of my son learning how to ride his bike I Screamed," followed by a red heart emoji, clapping hands emoji and a crying with laughter emoji.

For all your updates on Charlene White, sign up to our daily OK! newsletter.