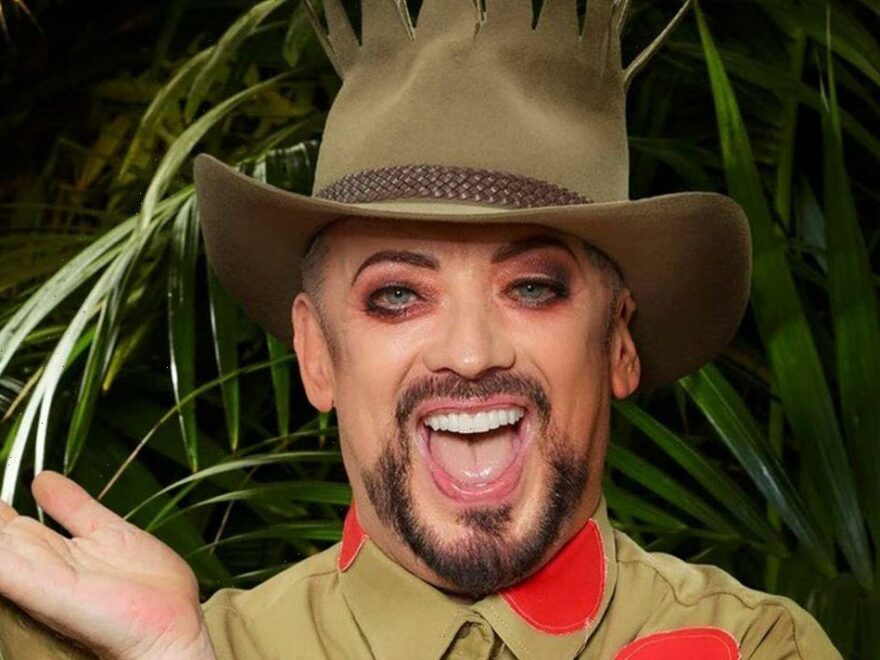 Lorraine Kelly, 62, had accused Boy George of having a “tantrum” when he was reportedly refused a golf buggy ride back to camp after the Bushtucker Trials, and teasingly taunted that there were “cameras everywhere” when an ITV correspondent claimed he’d stormed off to “hide”. George, 61, hit back sarcastically with a cry of “I bet you walk everywhere” – and Lorraine then cheekily shrugged off the swipe with a quip about her glamorous celeb lifestyle.

Lorraine didn’t shy away from joining the conversation by tagging the singer directly.

George had initially sniped: “Yes my darling Lorraine I bet you walk everywhere and do your own make-up? Lol!”

Then, the ITV presenter joined in the playful banter by offering up her own golf buggy experience.

“OMG – just seen this – as you well know @BoyGeorge I have a customised golf buggy with a drinks trolley to get me from the dressing room into the studio every morning!!” she wrote.

She added: “Congrats on being hugely entertaining in the jungle and hope you are taking full advantage of the posh hotel,” signing off her post with a love heart emoji.

In spite of the very candid criticism Lorraine delivered about him expecting to get his own way, she did concede that she was “fond” of George during her show, screened on ITV.

“I think the thing with George is, I don’t know that that many people tell him no,” she chuckled, unable to disguise her amusement.

The drama had erupted after an entertainment correspondent had detailed George’s reported “demands” in the jungle.

“It’s rumoured that Boy George threw a tantrum, let’s say, over not being allowed to ride in a golf buggy back to the camp after Bushtucker Trials,” he’d claimed to an open-mouthed Lorraine.

She’d then asked incredulously: “Does he even watch this show? You don’t get golf buggies, George!”

The former Culture Club star might also have had an unpleasant shock when creepy crawlies were poured all over his head and neck during the tough trials too, but he tried to maintain his cool.

Meanwhile, Coronation Street’s Sue Cleaver is said to be the only person on the show who has been allowed to be transported by golf buggy during the show due to “a special condition”, believed to be diabetes.

When Boy George discovered this, he had allegedly demanded that he wanted the same privilege.

“He was told no, so wasn’t very happy and then apparently stole an apple and hid behind the trees so he couldn’t be filmed,” the correspondent told Lorraine.

Her face then crumpled with amusement as she jibed: “Who hasn’t done that in the past at some stage?”

“For goodness sake, there’s cameras everywhere – absolutely everywhere. There is no hiding place!” she chuckled.

Meanwhile, George had also had some stern words for campmate Matt Hancock over his Covid scandals when he was the Health Secretary.

He revealed that his mother had been struggling in a Greenwich hospital during the pandemic, compelling him to send panicked tweets out begging them to “look after” her.

George added to his campmates that if his mum had died during lockdown, he would have walked out straight after Matt’s arrival.

“I feel like I don’t want to be sitting here like I’m having fun with [Matt under those circumstances]. It’s difficult for me,” he’d huffed angrily at the time.