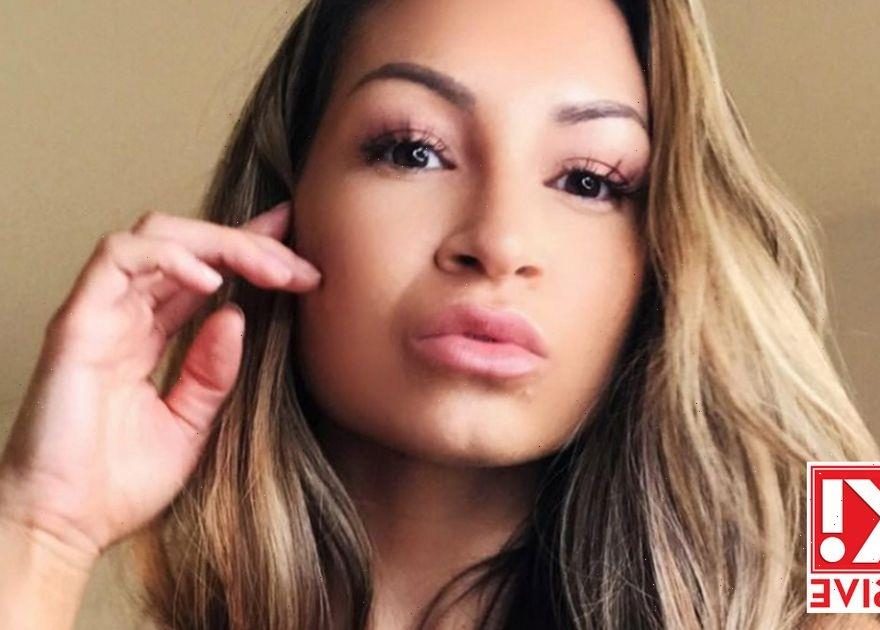 Love Island beauty Andrea-Jane Bunker has admitted she would be open to getting to know Teddy Soares after his split from Faye Winter.

The Hertfordshire-based beauty, 28, failed to find love in the villa after she became one of many bombshells to be friend-zoned by Hugo Hammond.

AJ's time on the Island was cut short after she was dumped alongside Danny Bibby by fellow contestants in a brutal twist.

After jetting back to the UK and watching the rest of the drama unfold from the series, the bubbly blonde has revealed she would be interested in a romance with fan favourite Teddy, 26. Teddy was coupled up with Faye, 26, but was recently dumped by the blonde after a challenge, called Mad Movies, showed a clip of him flirting with Clarisse Juliettè.

After scenes of an explosive argument between Faye and Teddy aired at the end of last week, Andrea-Jane has confessed she would be willing to mend Teddy's broken heart in an exclusive interview with OK!.

When OK! asked if AJ would be open to romance with any of other male Islanders aside from Hugo, Andrea-Jane revealed: "Oh my gosh, I'm literally so open. My feelings were so genuine in terms of finding love and, obviously that hasn't happened.

"But, there is definitely a few handsome men that I am open to seeing at the reunion or at the finale party and be like: 'Right, let's get some chats going and see what they're like in person'. Because some guys have come in and some guys have left and I've been like: 'Ooh'."

"So I'm like: 'Oh Teddy I would never treat you like that!' So, you know," she said giggling.

Shortly before she was dumped from the Island, AJ had also begun getting to know Danny Bibby, who recently apologised following backlash over a racist comment.

AJ also revealed that their romance has since cooled but she is still interested in getting to know tatted Danny.

She told OK!: "I'm still open to get to know Danny but, the thing is, he lives all the way in Manchester so it's such a drive.

"So I think for us it is just friendship at the moment, but, I'm so open. He's a really nice guy so if he wanted to go on a first date I would be open to it."

For all the latest juicy gossip on Love Island and much more, sign up to OK! newsletters here.