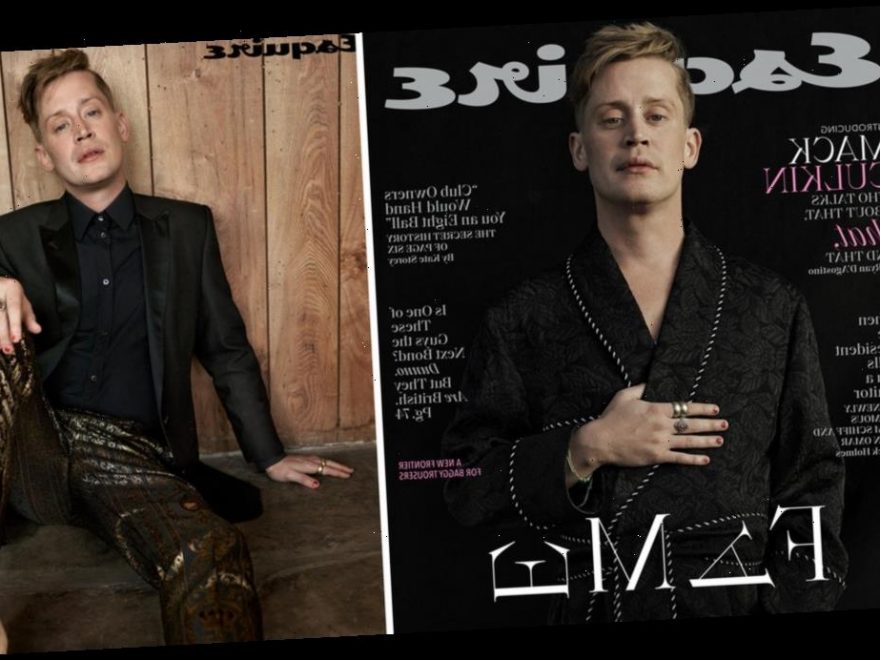 “People assume that I’m crazy, or a kook, or damaged.”

Macaulay Culkin covers the March issue of Esquire, his first time doing a photoshoot like this — the magazine notes — in fifteen years. Save for a few notable performances, he’s largely stepped back from acting in that time too … and if one of his most recent auditions was any indication, he might be a little rusty.

Speaking with the publication, the now 39-year-old former child star revealed he tried out for a part in Quentin Tarantino’s Oscar-nominated movie, "Once Upon a Time … In Hollywood," and bombed it. "It was a disaster. I wouldn’t have hired me," he explained, not revealing which part he read for. "I’m terrible at auditioning anyway, and this was my first audition in like eight years."

Throughout the interview, Culkin made it clear that he does actually enjoy the art of filmmaking, but is not a fan of everything else that comes along with it.

"I enjoy acting. I enjoy being on set. I don’t enjoy a lot of the other things that come around it," he explained. "What’s a good analogy. The Shawshank Redemption. The way he gets out of prison is to crawl through a tube of shit, you know? It feels like to get to that kind of freedom, I’d have to crawl through a tube of shit. And you know what? I’ve built a really nice prison for myself. It’s soft. It’s sweet. It smells nice. You know? It’s plush."

Apart from an amazing Google Assistant ad in which he reprised his role as Kevin McCallister, a role in the 2019 comedy "Changeland" and a guest starring appearance on "Dollface," Culkin’s recent work hasn’t been in front of the camera. Instead, he had a band called The Pizza Underground and has been busy working on his Bunny Ears website and podcast.

He said his time out of the spotlight has led to an erroneous perception of who he really is.

"People assume that I’m crazy, or a kook, or damaged. Weird. Cracked. And up until the last year or two, I haven’t really put myself out there at all. So I can understand that," he said. "It’s also like, Okay, everybody, stop acting so freaking shocked that I’m relatively well-adjusted."

He added that despite seeming like "a curmudgeonly old man," it’s fun to occasionally break out and do interviews/photoshoots like the one he did for Esquire.

"This is not really my cup of tea. These are all lovely people, but the poking, the prodding—honestly, it’s part of why I don’t do this anymore. Any of it," he said during the shoot. "Doing junkets and things—that stuff always drove me crazy."

That being said, with this one, "the stars aligned, and I actually thought it could be super fun." He added that he was a fan of the photos and doing them "made my lady happy." His "lady" is girlfriend Brenda Song — and, according to the publication, she was indeed pleased with the final images.

"I’m not even promoting myself," he added. "It’s just another little adventure."

Every Major Fashion Moment from the 2020 Vanity Fair Oscar Party

This Is What the Academy Awards Looked Like 20 Years Ago

Selena Gomez Is Picture Perfect at the 2020 Hollywood Beauty Awards

Ciara and Zendaya Shut It Down on NYFW's Opening Day

Noah and Lana Are Picture Perfect at To All the Boys: P.S. I Still Love You Premiere

The 2020 BAFTA's Brought This Year's Biggest Stars to London

50 Cent Honored With a Star on the Walk of Fame