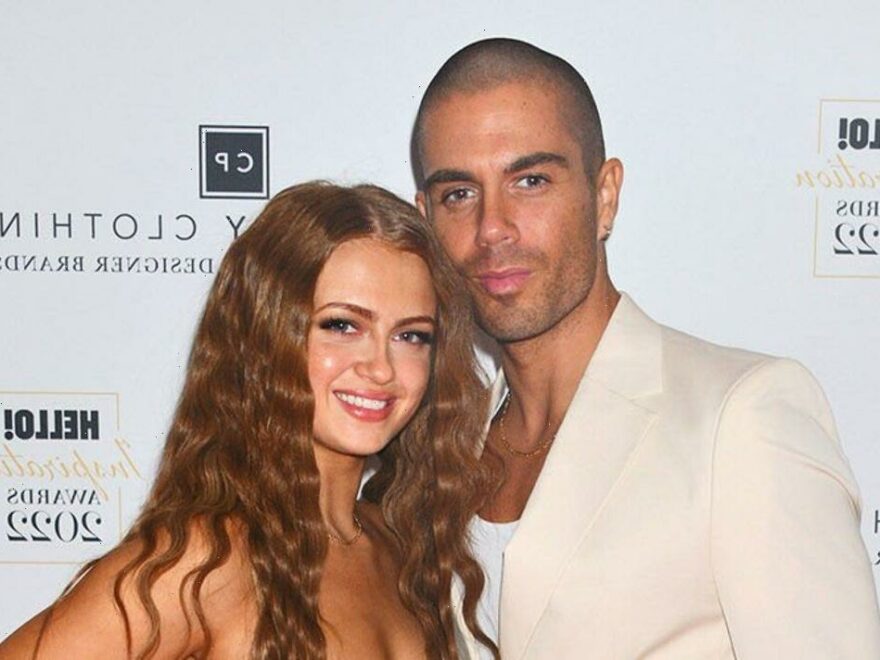 Maisie Smith, 21, has been inseparable from her boyfriend Max George, 34, after getting close on the Strictly live tour earlier this year. The former EastEnders actress hit out at those who critique her relationship in a new interview as she admitted the age gap in her relationship is not an issue.

Maisie and Max went official with their relationship in August and have since moved in together and enjoyed countless romantic holidays together.

Addressing the backlash to their relationship in a recent interview, Maisie admitted the age gap is not an issue between the pair as they are so “like-minded”.

Maisie said in an exclusive interview with HELLO!: “People ask me: ‘Do you notice it?’ and I never have. We’re so like-minded.

Max continued: “It never entered my mind. Maisie has already done so many things that I’m in awe of – I look up to her.”

This comes as The Wanted star proved his love for the actress by getting part of her face inked on his arm.

Max had tattooed a large lion on his arm, with half of the face being split with a picture of Maisie from her time on Strictly Come Dancing.

This covered his previous inking that included his ex, Stacey Giggs name on his wrist.

Maisie also recently revealed Max was her “childhood crush” during his The Wanted days, with the actress being just nine when their first single was released.

Taking part in the TikTok trend, Maisie could be seen leaping into her beau’s arms as he lay on the sofa.

The video read: “You’re in a room with your boyfriend, your celebrity crush and your childhood crush… Who you running to?”

Maisie was then seen leaping onto her boyfriend’s lap before showering him with kisses, as she admitted he was her “childhood crush”.

The couple has been met with their fair share of critics, including Ulrika Jonnson who called Maisie “self-indulgent” and “very dramatic”.

Ulrika made the comment as Maisie posted a viral TikTok video of her crying captioned: “You don’t deserve me.”

Ulrika’s response prompted Max to take to his Instagram page and give Ulrika the middle finger, and she then hit back, slamming his comeback and his reported cheating on ex Stacey Giggs.

She wrote for The Sun: “You really are the gift that keeps on giving. It really was very sweet of you. You must know how much I love a middle finger.

“And this was your response to the fact that last week I levelled a perfectly reasonable criticism at your girlfriend Maisie Smith.”

Ulrika also used the column to hit out at Max over his alleged cheating at the beginning of his relationship with Maisie.

His ex Stacey Giggs accused Max of cheating with Maisie during their relationship in August this year.