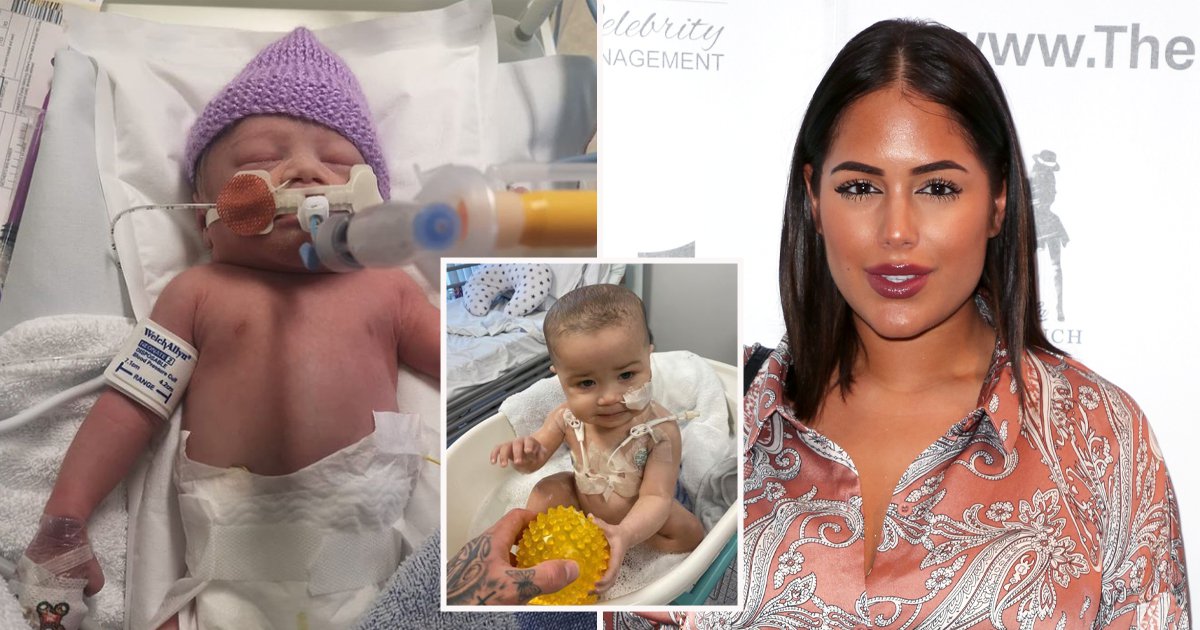 Malin Andersson has paid a heartbreaking tribute to Azaylia Cain, saying that her own late daughter Consy will ‘look after her’.

Azaylia died on Saturday at just eight months old following a lengthy battle with a rare and aggressive form of leukaemia.

Hours before the tot’s parents, Ashley Cain and Safiyya Vorajee, announced her death, Malin revealed she had recently suffered a miscarriage. It has also been just over two years since the Love Island star faced the death of her baby girl Consy, who was born seven weeks premature.

Paying tribute to Azaylia, Malin wrote in her Instagram story: ‘Rip Azaylia. Consy will look after you.. May you rest in peace, angel.’

She had earlier commented under Ashley’s post: ‘💔💔💔💔💔 rest in paradise darling girl.’

On Sunday, Malin revealed she had suffered a miscarriage after recently learning she was pregnant.

In an Instagram post, the former reality TV star explained: ‘Obviously I have disappeared for a bit and I have had hundreds of messages from people asking if I am okay and sending me love. I appreciate every single message and it means a lot that you all want to make sure I am okay.

‘Sometimes I need to take time to deal with my life privately, as my life is so public, I needed to take time out. The past few months haven’t been easy for me, but there is also something else I would like to address.’

She then revealed: ‘I found out I was pregnant – and I then soon after miscarried. It pains me to talk about this in detail right now due to what happened to Consy.. but I want you all to know that miscarriage doesn’t discriminate and it can happen to anyone. Even when you think you have gone through enough.’

Reassuring fans of her wellbeing, she concluded: ‘I’ll be fine – my strength never ceases to amaze me sometimes but I felt that I needed to share this with you all as I’ve never been one to hold anything back – especially when I know it can help someone else.’

The 28-year-old suffered the death of her first child Consy in January 2019. The tot was born seven weeks premature and died four weeks later.

Got a showbiz story?
If you’ve got a celebrity story, video or pictures get in touch with the Metro.co.uk entertainment team by emailing us [email protected], calling 020 3615 2145 or by visiting our Submit Stuff page – we’d love to hear from you.