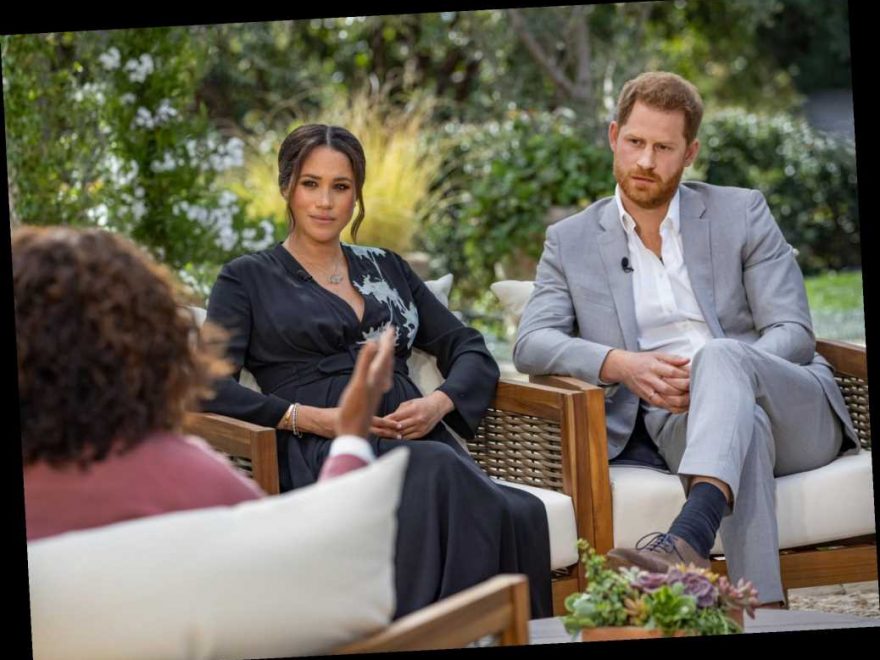 Meghan Markle doesn't expect to ever be out of the public eye, but she does think her family deserves to keep some parts of their lives behind closed doors.

In an unaired clip released on Monday by O, The Oprah Magazine from her sit-down interview with Oprah Winfrey on CBS (her first since her engagement to Prince Harry in 2017), the Duchess of Sussex, 39, addressed the invasions of privacy she and her family have experienced over the past few years.

In response to a question about whether she and Harry, 36, should expect to lose privacy due to their royal status, she said, "I think everyone has a basic right to privacy. Basic. We're not talking about anything that anybody else wouldn't expect."

Taking fame out of the equation, she used an analogy to explain what she meant by wanting to be afforded "basic" privacy. RELATED: The Biggest Bombshells from Meghan and Harry's Oprah Interview

"If you're at work and you have a photograph of your child on your desk, and your co-worker says, 'Oh, my gosh, your kid's so cute. That's fantastic! Can I see your phone so I can see all the pictures of your child?' You go, 'No. This is the picture I'm comfortable sharing with you,'" she said said.

Meghan continued, "And then if they double down and say, 'No, but you already showed me that one. So you have to show me everything. You know what, I'm just gonna hire someone to sit in front of your house, or hide in the bushes and take pictures into your backyard, because you've lost your right to privacy … because you shared one image with me.'"

The former Suits actress said that she and Harry never expected to have complete privacy, understanding their roles as public figures. However, she just wanted the media to respect that they are only comfortable sharing some parts of their lives, just like everyone else.

"There's no one who's on Instagram or social media that would say, 'Because I shared this one picture, that entitles you to have my entire camera roll. Go ahead and look through it.' No one would want that. So it's about boundaries. And it's about respect," Meghan said.

The couple have been involved in several legal battles surrounding their right to privacy. Last year, they sued several unnamed paparazzi after they "crossed a red line for any parent" for taking photos of their then-14-month-old son Archie playing in the backyard of their Los Angeles home.

"Every individual and family member in California is guaranteed by law the right to privacy in their home. No drones, helicopters or telephoto lenses can take away that right," their attorney, Michael Kump of Kinsella Weitzman Iser Kump & Aldisert LLP, said in a statement at the time.

In February, Meghan won her claim against the Mail on Sunday's publishers after a British judge granted summary judgment in her favor over five articles published in February 2019 that reproduced parts of the handwritten letter she sent her father, Thomas Markle, following her royal wedding to Harry in May 2018.