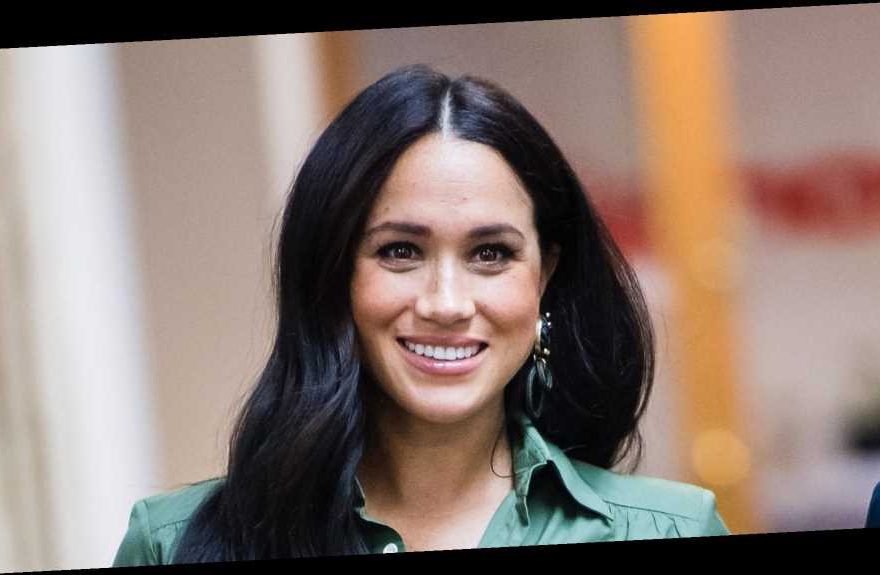 Just as she went out on her royal farewell tour "with a bang," Meghan Markle made a splash with her moderating debut.

The Duchess of Sussex made her debut as a moderator on Friday in a conversation with Emily Ramshaw, the cofounder and CEO of The 19th*, a new nonprofit, nonpartisan newsroom focusing on gender and politics. The conversation centered on The 19th*'s mission to create a transformative newsroom centered on gender equity.

Meghan wore bright orange for the occasion, with her hair styled in long, loose waves. During the conversation, she spoke of the "devastating" reckoning on race in America, but said she's found inspiration among what's been going on: "it's good to be home."

"It was so sad to see where our country was in that moment," Meghan said of her homecoming, which occurred just before the killings of Floyd, Ahmaud Arbery, and Breonna Taylor. "If there's any silver lining in that, I would say that in the weeks after the murder of George Floyd, in the peaceful protests that you were seeing, in the voices that were coming out, in the way that people were actually owning their role […] it shifted from sadness to a feeling of absolute inspiration, because I can see that the tide is turning."

"The 19th*’s commitment to reporting and storytelling that lifts up those who are too often underrepresented in the media has never been more important," the duchess said in a statement to Glamour ahead of the event. "I'm looking forward to asking the cofounder what it means to build a media outlet with gender equity, diversity, and community at its core."

Ramshaw told Glamour that "the duchess learned about The 19th* and its mission and reached out to us. She told us that our vision for The 19th* — building a truly diverse and representative newsroom that covers women with nuance — spoke to her immediately."

Following her and Prince Harry's royal exit earlier this year, Meghan has taken on speaking engagements supporting women's issues, including a virtual speech for Girl Up's 2020 Leadership Summit. Since moving to Los Angeles, she and Harry have also volunteered to deliver and serve food to those in need amid the coronavirus pandemic and have led conversations about the Black Lives Matter movement.