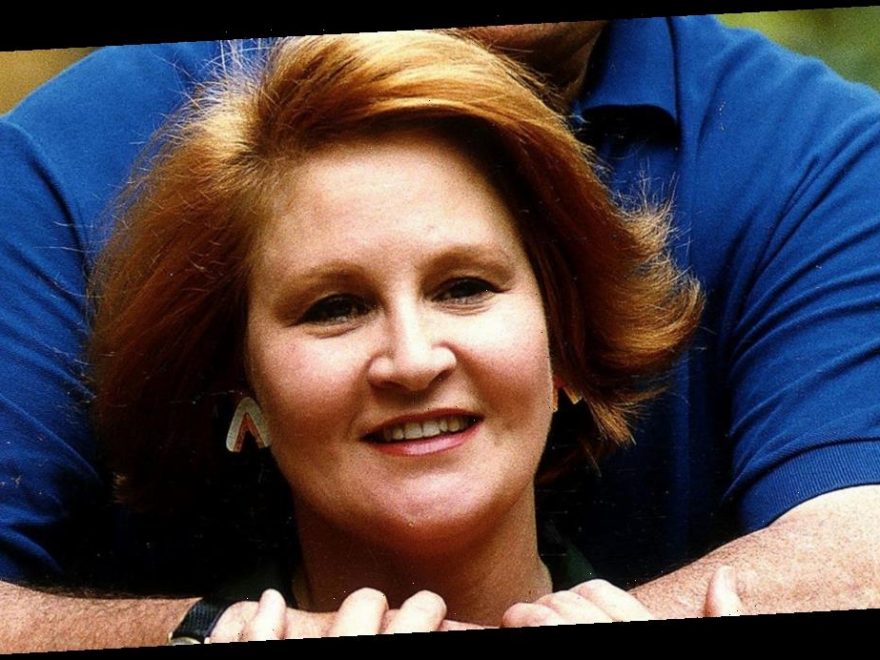 Michele Dotrice shot to fame as the long-suffering wife of TV’s most accident-prone bloke, Frank Spencer.

In the 1970s viewers feared for young Mrs Spencer’s sanity as her raincoat-clad spouse fell through ceilings, ­roller-skated under articulated lorries and panicked over cat whoopsies.

Yet those plaintive cries of “Ooh, Betty” turned beret-wearing Frank – played by Michael Crawford – into a national icon and Some Mothers Do ’Ave ’Em won a place in sitcom history.

It also landed the then 24-year-old Michele a slap across the face from her actress mother, Kay.

For in health and safety-free 1973 she had joined Michael in one of his famous stunts – dangling over the edge of a cliff.

Michele, 71, recalls: “Michael became famous for doing his own stunts in the show. In this particular episode Betty and Frank had gone to the coast for a picnic in a borrowed car which, of course, ends up hanging over a cliff.

“They clamber onto the roof, so there we were, on top of this Morris Minor perched on the edge of a 200ft drop. I was in a strappy summer dress, a hat and high heels and had one bit of cotton thread tied around my ankle with someone holding the other end.

“That was my only safety equipment. When it came out on the Thursday night I sat down at home with my parents and two sisters to watch it. But when it finished Mum got up, came over and slapped me saying, ‘Don’t you EVER do anything so stupid again.’

“And, looking back now, I can’t believe what we got away with.”

Scrapes like that made Frank and Betty the most famous TV couple of the era. But Michele’s real husband could not have been more different to her wimpy, walking-disaster TV one.

She was married to tough-guy actor Edward Woodward, star of crime dramas Callan and The Equaliser. And, while screen hubby and real hubby never actually met, Michele believes they share a special connection which ended up with Michael coming back into her life after Edward died 11 years ago at 79. Edward, 29, was appearing in Romeo and Juliet at the Royal Shakespeare Theatre alongside her dad, award-winning ­thespian Roy Dotrice.

Michele made her own stage debut at three weeks old – carried on by her mother as her parents starred together in rep.

Her two sisters,Yvette, 60, and Karen, 64, are also actors. At the age of 10, Karen played Jane Banks in the original Mary Poppins movie.

Michele’s first TV role was in the 1962 adaptation of The Old Curiosity Shop and she also starred in Hammer movie The Witches and other horror films.

In 1973, as she landed the role of Betty, Edward was making cult movie The Wicker Man. The following year they starred together in a West End play and fell in love.

He was married with three children but later got divorced and wed Michele in New York in 1987.

The ceremony was attended by their three-year-old daughter, Emily. Later that year, Edward suffered a massive heart attack while filming the third series of The Equaliser in Los Angeles.

He had another seven years later and in 1996 underwent triple bypass surgery.

Speaking of those days, Michele adds: “We moved back from America to our home in Padstow, ­Cornwall. I did bits of TV like Bramwell, Midsomer Murders and Holby City but in 2003 Edward was diagnosed with prostate cancer and, as his health ­deteriorated I had to do more caring.”

After a fall he developed pneumonia and died in November 2009. She says: “She is a very sad, bleak character. She has lost her husband, her son and grandchildren have emigrated, she has gambled her house away and is desperately sad.

“So her rehab group become her family. I think there are a lot of lonely people like her with no sense of purpose. It was a fascinating part especially as I've never had therapy myself. I think acting is my therapy.

“I do lose confidence in myself and each thing I embark on means getting my courage up again to do it. But when I am in the process, working with fellow actors it is a positive experience.

“It certainly helped after I lost my lovely boy… and so did Michael coming back into my life. We hadn't been in touch properly for years and he lives in New Zealand.

“But when Edward died he sent me a very sweet message and we both think that was Edward’s doing."

She added: “I still feel my darling boy as a very real presence in my life and Michael feels in touch with him too, even though they never met. Now he phones me at least once a fortnight just to check in. And a few years back when our daughter Emily got married he flew over to read at the wedding.

“He is an enormous support and says thing like, ‘Edward is very worried about the money you are spending…’ and cracks me up.

“Michael is the brother I never had and a dear, dear friend.”

Michele will be 72 in September but looks 20 years younger. She says Emily’s boys, her grandsons, Woody, three and Barnaby, seven months, and step-grandchildren keep her young.

She adds: “Woody is named after Edward and he talks about him as if he’s here. He calls him Big Pa and when he comes to Padstow, where Edward is buried, he runs to see him.

“At Christmas we had a plaque to Edward put up in the actors church, St Paul’s, in Covent Garden, along with one for my dad, Roy.

“All the family were together, the Dotrices and the Woodwards [Edward’s children Tim, Peter and Sarah are actors]. And now I have a special place where I can just go and have a natter to both of them.”

Some Mothers ended in 1978 but, thanks to YouTube clips, a whole new generation are discovering Frank and Betty.

There’s also a successful stage version – in its second run – starring comedian Joe ­Pasquale. But neither Michele nor Michael, 78, have been to see it.

She says: “I feel rude, but I just can’t. It would be too strange. I’m not being snobbish, I’m glad that it’s been so successful. But it’s too close to our hearts and far too special.”

So Michele was thrilled when they reunited the Spencers for a Sport Relief special in 2016.

She says: “We’d been planning it secretly. Frank and Betty were going to watch their grown-up daughter Jessica in a cycle race. But the day before filming I got a call from Michael at the theatre where I was in the play Nell Gwynn.

He said: ‘We've got a problem, we haven’t got a Jessica… she’s dropped out.’ I was sitting with Gemma Arterton who played Nell.

“I looked at her and said, ‘Erm, Michael, say hello to Gemma…’ then quickly gave her the phone.

“He asked her if she’d consider it and, bless her heart, she said yes."

She added: “I don’t know if she’d even seen the original but she was incredible, totally Frank, and creased us up. Michael and I slipped back into it so easily.”

So what about bringing Frank and Betty back for another series?

“Well,” Michele laughs, “I’d love to work with Michael again. But as we’re both pensioners in our 70s I think the stunts might be a bit too dangerous.”