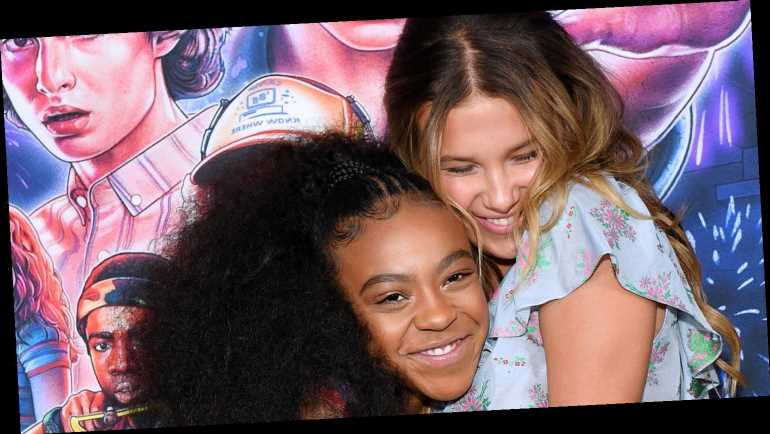 Millie Bobbie Brown and Priah Ferguson have a moment at the season three New York Screening of Stranger Things!

The co-stars looked like they had a blast at the event held at at DGA Theater on Monday (November 11) in New York City.

The group also stepped out for the Los Angeles screening over the weekend.

The title of the first episode from season four of Stranger Things was recently revealed. Check it out if you missed it!

40+ pictures inside of the Stranger Things cast at the event…