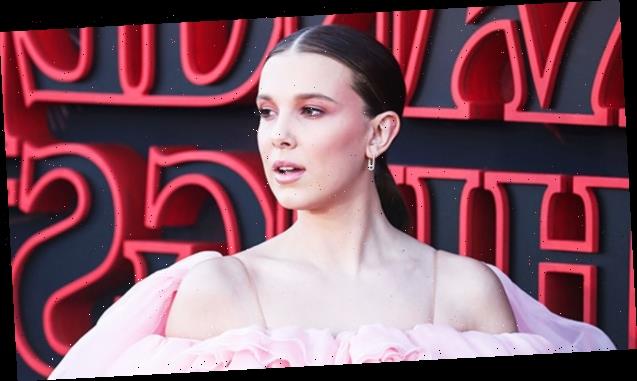 After a bad experience with a rude fan left Millie Bobby Brown sobbing, the teenage ‘Stranger Things’ star pleaded with everyone to respect her privacy and not ‘push the boundary.’

“Hello, everyone,” Millie Bobby Brown said at the start of her Nov. 30 Instagram Story. The 16-year-old Stranger Things star had “just [gone] shopping with my Mum for Christmas” when she had an interaction with a fan – one that left her on the verge of tears. The fan, a female, asked if she could ‘take a video of” Millie. “I said, ‘Um, no.’ But why would anyone want to be taken a video of? Of me? It’s not like of the both of us.” Despite Millie declining the request, the fan continued to film her anyway.

“I was paying, and she walked past me and began to video me again. And I said, ‘I’m a human being. Like, what more can I ask from you?’ She said, ‘So I can’t take a video of a human being?’ And I said, ‘No, not when I said no,’” said Millie, as she started to cry. The young actress tried to compose herself, wiping away tears as she said, “It just makes me upset when people try to push the boundary, and I just wish people were more respectful.” Millie — who is still just a sixteen-year-old girl at the end of the day — said that she’s still “trying to navigate this all [fame], but it’s still overwhelming.”

“I will take a picture with you, but when you push the boundary, and you try to fight me on it…where are my rights to say no?” she asked. “You have to show more respect for others, no matter who they are, what they do. It’s just manners.” Earlier in the IG Story, she summed it up best: “At the end of the day, I don’t need to justify it to anyone. If I don’t want to be taken a video of, I don’t have to be.”

Some Internet sleuths wondered if this was one of the reasons why Millie appeared to delete her TikTok account recently. Eventually, Millie returned to Instagram, per E! News, to post a message about how she’s doing much better. “I am totally fine now. But [I] was emotional in the moment because I felt uncomfortable and disrespected.”

The official account for the Stranger Things writers’ room seemed to share a sentiment in solidarity with the actress who plays Eleven on the show. Shortly after Millie posted her video, they tweeted, “Be kind to others. Find compassion. Wear a mask. All those things cost zero dollars and take zero energy.”