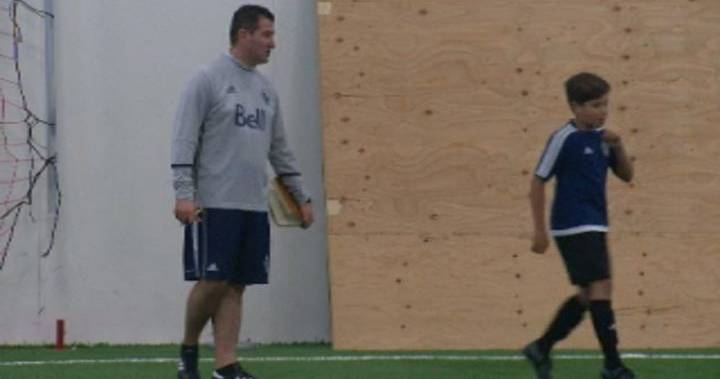 Pedro Dias has only been in Saskatchewan for a short time but he already likes what he’s seen.

As the new head coach of the Vancouver Whitecaps FC Saskatchewan Academy Centres, Dias is tasked with finding and developing the province’s top youth soccer players and he’s starting from a strong base of talent.

No quarterback controversy with Saskatchewan Roughriders in Cody Fajardo’s mind

While developing young players is the primary focus for Dias, it’s not his only objective.

“My first goal is work and co-operate with everybody here in (Saskatoon), in the province, to make the love and the passion for the game bigger, to provide opportunities for all our boys and girls to play soccer and then as a Vancouver Whitecaps coach, looking for the next Brett Levis and Thomas Hasal,” he said.

Defender/midfielder Levis, a member of the Whitecaps’ Major League Soccer (MLS) club, and Hasal, a goalkeeper who currently plays for the ‘Caps under-23 squad, both played their youth soccer in Saskatchewan. The duo’s success is a beacon for younger players, showing there is, in fact, a path from the Prairies to the pros.

“They are playing in Vancouver so that’s fantastic for us, so we just need to keep going, keep believing in what we are doing and we’re gonna have success,” Dias said.

Originally from Portugal, where he played professional soccer for 17 years, Dias has coached youth players around the world, making stops in South Africa, Australia, Brazil and, most recently, New Zealand. But the chance to return to his adopted home was too good to pass up.

“My wife, she’s Portugese-Canadian as well like me and we wanted to go back. We wanted to return to Canada and the opportunity to work with the Vancouver Whitecaps was … I couldn’t say no.”

So he finds himself in Saskatchewan, ready to help the next generation of soccer standouts realize their full potential, and it may not be long before another homegrown success story emerges from the Whitecaps Academy. That said, skill is only part of the package.