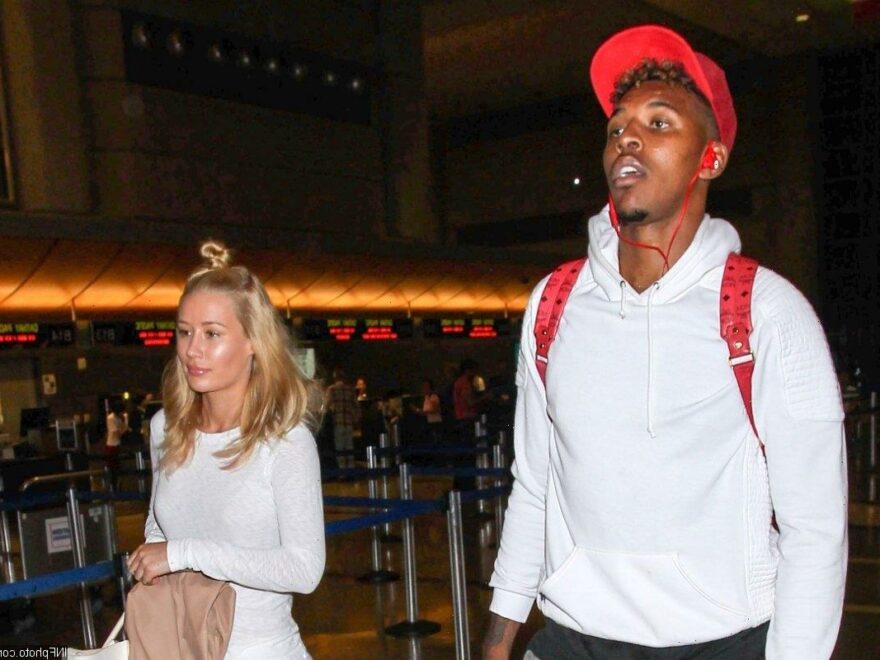 The former NBA star refuses to be blamed after the ‘Fancy’ raptress claimed she was caught off guard with the news of him getting his ex-girlfriend Keonna Green pregnant during their on-and-off relationship.

AceShowbiz –Nick Young has detailed the timeline of his relationship with Iggy Azalea, which went through rough patches due to his cheating scandal. In an interview with VladTV, the former professional basketball player defended himself for getting his ex and baby mama pregnant during his on-and-off romance with the Australian femcee.

“That’s ’cause we was like, off and on and off and on,” he claimed. “She wasn’t, you know, home. She left me ’cause the [D’Angelo Russell] thing. I get her back, then she left me for the chicks at the house thing.”

“So, you know, she left me for like a month or so,” Nick said, insisting that he and Iggy were not together when he got his ex pregnant. “Things happen. I got where I’m comfortable,” he continued. “Me and my child’s mother start bonding [during] that time, and that’s what happened.”

Despite the drama, Nick said he and Iggy were able to maintain a friendship. “We still talk and stay cordial, on and off,” he said, before stressing, “It was really during-that happened when we wasn’t together. So, how they say, a ‘break baby.’ She shouldn’t have left, s**t. So, it wasn’t my fault.”

The former NBA star believes that if he and Iggy would have dealt with their own issues, they could have worked out their relationship. “I feel like, she was going through a lot anyway with like, the media was killin’ here,” he explained. “She used to get embarrassed a lot. So, she was like, ‘This another thing that people are going to embarrass me about. They don’t like me anyway, they always talkin’ about me!’ She was dealing with a lot.”

Nick and Iggy began dating in 2013 and got engaged in 2015. In 2016, she left him after a video leaked on the internet showing the basketball star bragging about cheating on the “Fancy” hitmaker. Later, it was revealed that Nick was expecting a second child with ex-girlfriend Keonna Green, which led to questions about whether that had caused the breakup.

Iggy denied that was the case. “I broke up with Nick because I found out he had brought other women into our home while I was away and caught them on the security footage,” she said on Twitter back in June 2016.

The 32-year-old also claimed she was caught off guard by the news of Keonna’s pregnancy. “I have never even been told by Nick that his baby mother is pregnant, so if this is true I’m finding out via E! News,” she added. “This is just like a second shot to the chest. And I feel like I don’t even know who the hell it is I’ve been loving all this time.”