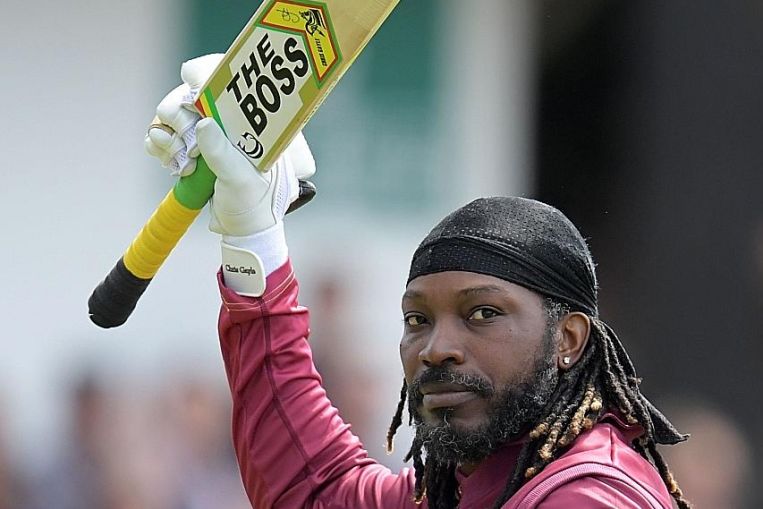 LEEDS • The thankful crowd rose to show their appreciation. One of the greats walked towards them in his final Cricket World Cup match, his wicket taken, his helmet removed, all that he had achieved before this day lodged firmly in the memory bank. Chris Gayle had scored seven off 18 balls.

The self-styled Universe Boss, 39, was at Headingley on Thursday for a World Cup goodbye. Each member of the West Indies squad had given him a congratulatory catch and handshake in the warm-ups. There was no rousing farewell, though – with the bat, at least.

Gayle played a hand in the dismissals of Afghanistan’s top scorers, catching Rahmat Shah at cover and dismissing 18-year-old Ikram Alikhil leg-before, in a 23-run victory over their winless opponents.

“It’s been a privilege and honour to represent West Indies in five World Cups but disappointed to end without making it to the final four,” Gayle said after the victory.

“I don’t intend to put my body on the risk, I’ve been struggling. This is the last one, definitely.”

West Indies won the battle of the basement dwellers in their final group match, but Gayle managed only seven runs. The match against the tournament’s weakest side was an opportunity for him to produce a special performance and to break Brian Lara’s West Indies record for one-day international runs.

But the prolific left-handed opener failed to take it, slashing at a wide Dawlat Zadran delivery to be caught behind. He finished his last World Cup with only one half-century, and remains just 10 runs behind Lara’s record.

The fireworks came elsewhere. Evin Lewis lifted huge sixes over mid-wicket and fine leg. Shimron Hetmyer was typically watchable in his sun hat, Nicholas Pooran continued to enhance his reputation, Shai Hope the glue around whom the others swashed with varying results.

Man of the Match Hope capitalised on an early reprieve to score 77 and help the team to 311-6 after electing to bat.

While Gayle disappointed, Alikhil top-scored for Afghanistan with a career-best 86 before falling to the part-time spinner from Jamaica.

They were all out for 288 in exactly 50 overs for their highest score in the Cup, but their West Indian coach Phil Simmons was denied a winning send-off.

Captain Gulbadin Naib apologised to his team’s fans after their winless nine-match campaign.

He said: “I’m very disappointed with the performance of the team. In each and every game, we made a lot of mistakes. We did not play our natural cricket.”