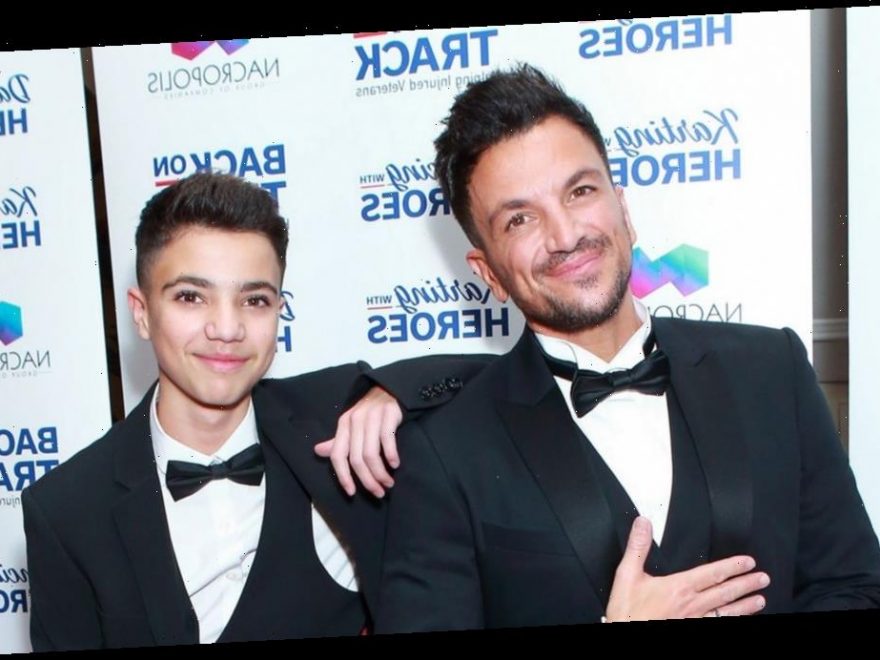 After recently revealing he’s filming for a new British movie entitled On The Other Foot with his son Junior, the full cast joining Peter Andre for his latest flick has been unveiled.

Comedian Dapper Laughs – real name Daniel O'Reilly – and rapper Lady Leshurr, who is competing in the new series of Dancing On Ice, will star alongside Pete and Junior, as well as The Singing Dentist, aka Dr Milad Shadrooh.

OK! can also reveal the details of the plot of the new movie, which is out next year.

On the official Instagram account for the independent film they said, “A racist finds himself in a black body. He’s about to learn what it's like to be black!”

Opening up about his new project, Pete told readers of his new magazine column: “As well as concentrating on new music I’ve been filming for a brand new film. I’m also happy to say that my son Junior will have his first ever acting role in this film too and he’s really excited.”

Pete has previously starred in short independent film The Inheritance.

Much to our delight, Pete has been keeping us up to date wit his movie career on social media.

Tagging actor Chidia Jufo in one of his Instagram Stories, Pete said, “On set with a guy I wouldn’t mess with. Even if he paid me.

“But he happens to be a true gent. I still wouldn’t mess with him.”

In another post he shared a selfie with one of his co-stars and said, “On set with @therealfredinwaka . Film coming next year :)).”

Just last week the dad-of-four explained to new magazine he’s got fully into character for his role.

“I’ve had a few questions about my new neck tattoo – fortunately or unfortunately, depending how you look at it, it’s not real,” he said.

“I’m currently filming a new British movie with some great actors and having a tattoo is part of my new role. I can’t say too much about it yet, but I’ll keep you posted when I can. It feels amazing to be back filming again – exciting times.”

It’s always been Pete’s ambition to make it in the acting world following his long music career and had his dreams dashed when the pandemic meant he couldn’t fly to Hollywood for filming.

“I was supposed to be out there, in Los Angeles this year. They were parts in feature films that I was sent scripts of,” he told The Mirror.

“I was incredibly excited to get to work in feature films…I’ll definitely go out there when we can – and I might just take Junior with me. That’s what Junior wants to do. He’s not as interested in doing music, but he loves acting. They don't know me so well out there, which is brilliant when you want to start on a new path."