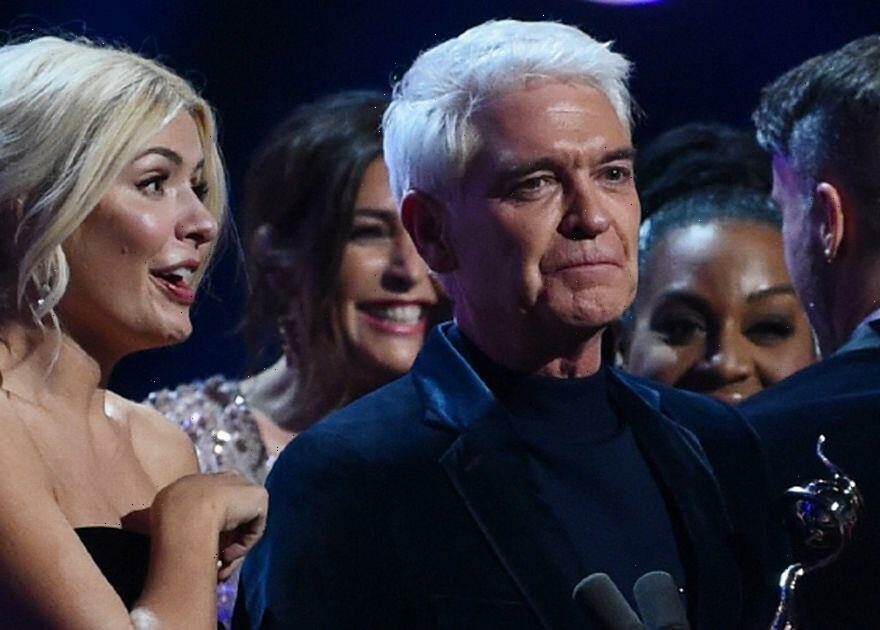 Hot on the heels of This Morning ’s victory at this year’s National Television Awards, Phillip Schofield was caught dodging questions about his queue-gate scandal in the press room following the win.

The 60 year old TV presenter found himself in hot water last month alongside co-star Holly Willoughby, after they were accused of jumping the queue to see The Queen as she was lying-in-state ahead of her funeral.

Although the pair have always denied the claims, it didn’t stop tens of thousands of viewers calling for the duo to be sacked, with lingering animosity regarding the scandal very nearly threatening to take the shine off the show’s hard won victory on Thursday evening.

Even during their acceptance speech, members of the audience could be heard booing, but it was Phillip’s determination to dodge the question outright at the winner’s press conference that raised more than a few eyebrows.

Asked by a member of the press: "Phil do you think this vindicates you for queue-gate?

"Do you think now that you've won this the public have said 'actually we don't care that much' about queue gate?"

Phil replied: "We are so grateful to our amazing viewers. We love them" before rushing off, without addressing the subject.

Dressed down for the occasion, Phil cut a dapper figure on the red carpet in a blue lounge jacket as he brought his eldest daughter Molly, 26, as his date – however unlike his costars, the presenter arrived slightly later on the red carpet prior to the event.

Co-star Holly meanwhile opted for a far more contrasting change from her usual palette of pastel colours as she wore a stunning black floor length gown for the occasion.

Fan-favourite Alison Hammond also dressed up for the occasion looking radiant as she opted for a purple glittery gown with some gorgeous capped sleeves and a plunging neckline.

While they may have won the award, some viewers found it hard to forget that about the queue-gate controversy.

The duo received media accreditation to access Westminster Hall where the Queen's coffin lay for four days for the public to pay their respects, however Holly and Phil appeared to bypass people who had queued for up to 14 hours.

A petition to get them axed from their jobs on This Morning circulated online and it ended up reaching over 75,000 signatures, with ITV issuing a statement insisting that they were there on a work capacity.

The pair weren’t the only celebrities receiving a frosty reception on Thursday either, as Love Island exes Adam Collard and Paige Thorne were also spotted consciously avoiding each other at the lavish awards show bash.

One onlooker exclusively explained to OK! that Paige, 24, was at one side of the room, while Adam, 26, was at the other with a mystery blonde.

"Adam and Paige dodged each other and spent the whole night on opposite sides of the room,” we’re told.

“Adam was with a blonde girl all evening and they looked pretty cosy. He was holding her hand and wrapping his arms around her all night.”

They continued: "Paige didn't look impressed. She was with her Love Island pals Antigoni Buxton and Danica Taylor for most of the night, and at one point she was having a long chat with Faye Winter and Maura Higgins."

It comes after Adam finally addressed their split, exclusively telling OK!: "It is what it is.”

Elsewhere at the ceremony, the Loose Women panel also appeared to be far from impressed by some of the show’s winners, particularly This Morning’s victory for the 12th consecutive year.

During the announcement of the Best Daytime TV category, several of the Loose Women in attendance could be seen looking visibly unimpressed, with Linda Robson even being spotted refusing to clap for the winners.