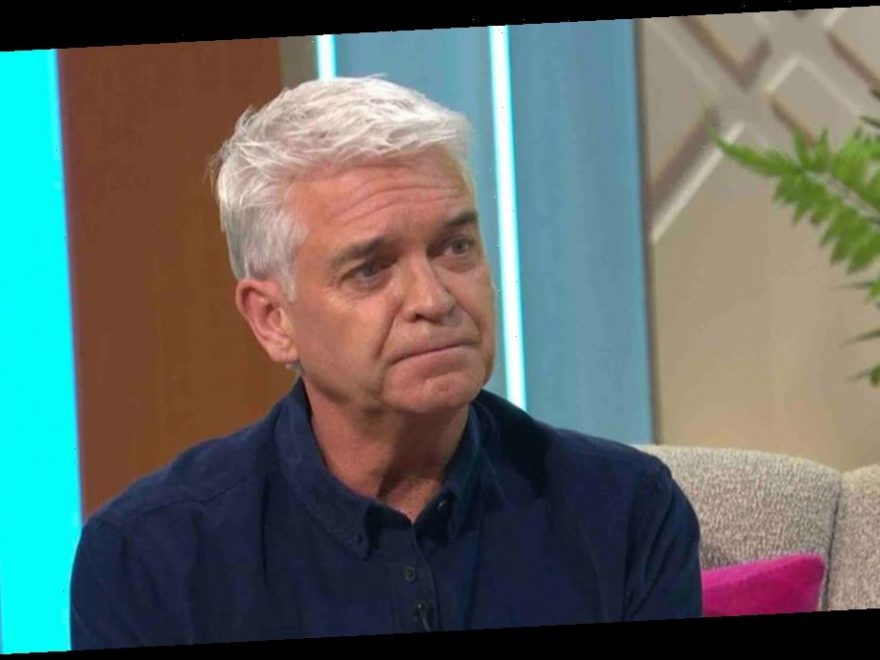 Phillip Schofield has candidly revealed how coming out as gay was the only way he could “save himself”.

The 58 year old This Morning presenter candidly opened up about being in a “dark place” ahead of coming out.

Speaking on Friday’s RTÉ One's The Late Late Show with Ryan Tubridy, Phillip spoke about the build up to his heartbreaking This Morning interview.

Philip, who recently revealed he hasn’t discussed divorce with wife Stephanie, explained: “I had long conversations with Steph [his wife], we talked about it a lot. It was really beginning to trip me up, mess with my head.

“It started off with a little bit of confusion, then my head managed to turn it into something really big, scary and dark. Steph and I went through that together.”

He added: “Then when I had made the decision, the only way I think I could save myself because it got that dark was that I had to be honest. I had to be truthful.

“Then when you've decided to make that decision you have to be honest and truthful with the people who are around you.”

Phillip then explained how his driver, Tony, took him to Cornwall to speak to his mother, Pat, as he was in “no fit state” to take himself.

He said: “She had already asked me months before, ‘are you OK, you look skinny… you look sad, I know there's something wrong.’ I said, ‘I’ll tell you when the time is right, but I'm not ill.’”

Phillip explained how he has “annoying floaters” in his eyes, which he hopes to get pioneering surgery for, and his mother worried he was going blind.

The TV star continued: “I said ‘Mum, I have something to tell you’, so I told her and she said ‘Oh, oh right OK, thank God for that, I thought you were going blind…

“‘Those things in your eyes, that's alright, so long as you are OK and Steph's OK and the girls are OK. I'm fine!’”

Phillip then praised his mother for her support as he said: “My mum suddenly turned into this incredibly modern, forward-thinking 84 year old and we have these incredible really good solid chats about my head, how I am and us as a family. That's actually worked out really well.”

Silver fox Phillip came out as gay in an emotional interview on This Morning, moments after sharing a candid statement on his Instagram.

He has since praised his TV bestie Holly Willoughby for her support.

Speaking of the blonde TV star he said: “Holly has been astonishing.

“Literally, the best mate… She's serene and calming and sensible and balanced. Not just for me but also for [his wife] Steph.”

If you have been affected by this story, you can call the Samaritans on 116 123 or visit www.samaritans.org.