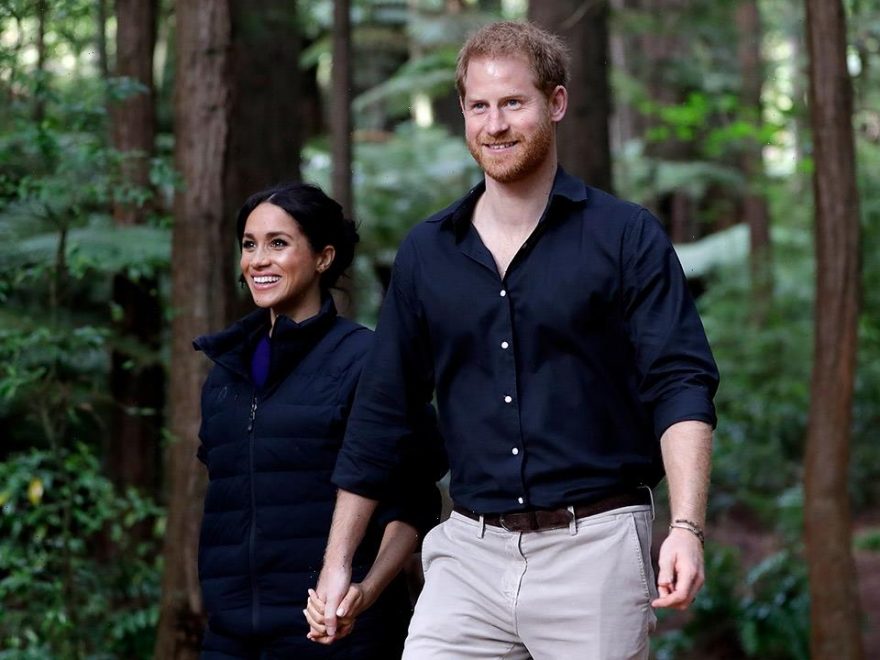 The Duke of Sussex has put to bed any claims that he and his wife Meghan Markle did not enjoy their time in Australasia. The couple toured Australia, New Zealand, Fiji and Tonga five months after their royal wedding in 2018, just as they announced they were expecting their first child.

Following the tour, one royal biographer claimed that Meghan “hated every second of it”.

However, in a promotional video for Travalyst’s new campaign released on Monday, Harry, who founded the not-for-profit travel organisation, remarked: “It was an incredible time. We had an amazing time in New Zealand, it’s beautiful.”

Tina Brown, author of The Palace Papers: Inside The House Of Windsor – The Truth And The Turmoil, spoke to over 120 people who know the Sussexes and wrote in her book released last month: “[Meghan] apparently hated every second of it. She found the itinerary of engagements ‘pointless,’ a former palace employee told me.

“[Meghan] didn’t understand why things were set up in that way. Instead of being excited when thousands of people showed up at the Opera House, it was very much like, ‘What’s the purpose? I don’t understand this.'”

During Harry and Meghan’s tell-all interview with Oprah Winfrey in March 2021, the Duchess also admitted that royal tours in general were “exhausting”. The Sussexes managed to fit in 26 engagements in 16 days during the Australasia tour.

During their Africa tour the following year in 2019, they undertook an impressive 35 engagements in ten days and it was then that Meghan revealed to journalist Tom Bradby that “not many people” had asked if she was okay.

Reflecting on royal tours to Oprah, Meghan admitted: “Those tours are – I’m sure they have beautiful pictures and it looks vibrant and all of that is true. It’s also really exhausting.

“So, I was fried, and I think it just hit me so hard because we were making it look like everything was fine. I can understand why people were really surprised to see that there was pain there.”

Make sure you never miss a ROYAL story! Sign up to our newsletter to get all of our celebrity and royal news delivered directly to your inbox.

HELLO!’s selection is editorial and independently chosen – we only feature items our editors love and approve of. HELLO! may collect a share of sales or other compensation from the links on this page. To find out more visit our FAQ page.