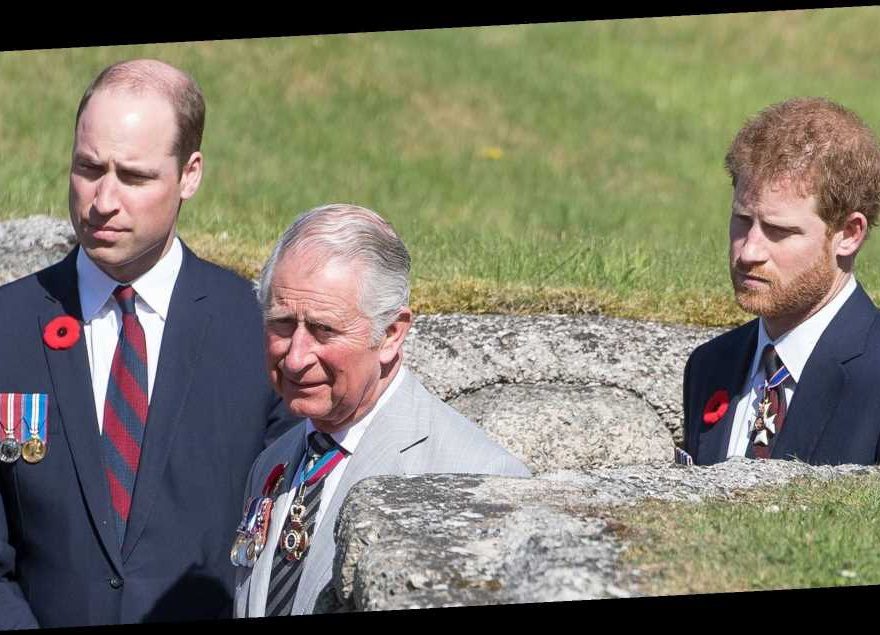 One step at a time. Prince Harry has spoken to his family following his tell-all interview with Meghan Markle, Gayle King revealed Tuesday, March 16, on CBS This Morning.

Royally Rocky: Inside William and Harry’s Relationship Over the Years

King’s update came after the Times of London reported Harry, 36, had been in contact with his brother Prince William. The U.K. native reportedly wants to reconcile with the 38-year-old Duke of Sussex before a memorial to their late mother, Princess Diana, is unveiled this summer.

Communications between members of the royal family are strained after Harry and his wife Markle, 39, shared a number of revelations during an expansive CBS interview on March 7.

In the sit-down, the couple discussed their headline-making decision to step away from the British royal family and start a new life in the U.S. with their 22-month-old son, Archie. The Suits alum revealed that she had suicidal ideations while living in London due to the negative press she received in the U.K., but was denied help from the institution.

The pair also noted that they’d experienced racism from the royals when an unnamed family member questioned how dark Archie’s skin would be before he was born.

When Did It All Change? Every Revelation From Meghan and Harry’s Interview

Buckingham Palace responded to the interview in a statement to Us Weekly on March 9, saying in part that the “whole family is saddened” and that the “concerning” claims “are taken very seriously and will be addressed by the family privately.”

King said this has not yet been the case.

“I think what is still upsetting to [Meghan and Harry] is that the palace keeps saying they want to work it out privately, but yet they release these false stories that are coming out that are very disparaging against Meghan still,” the editor continued. “No one in the royal family has talked to Meghan yet. … And I think it’s frustrating to them to see that it’s a racial conversation about the Royal Family when all they wanted all along was for the royals to intervene and tell the press to stop with the unfair, inaccurate, false stories that definitely have a racial slant. Until you can acknowledge that, I think it’s going to be hard to move forward. But they both want to move forward with this. At the end of the day, It’s Harry’s family.”

On March 10, a source told Us exclusively that William and his wife Kate Middleton were in “total shock” following the interview and wish Harry and Meghan “had not tried to take down the royal family.” Harry’s father, Prince Charles, did not agree with his son’s public declarations either, a separate insider told Us.

“The family has to acknowledge that there are issues and right now no one is acknowledging,” King said. “That’s really all [Meghan and Harry] want. They want a conversation.”