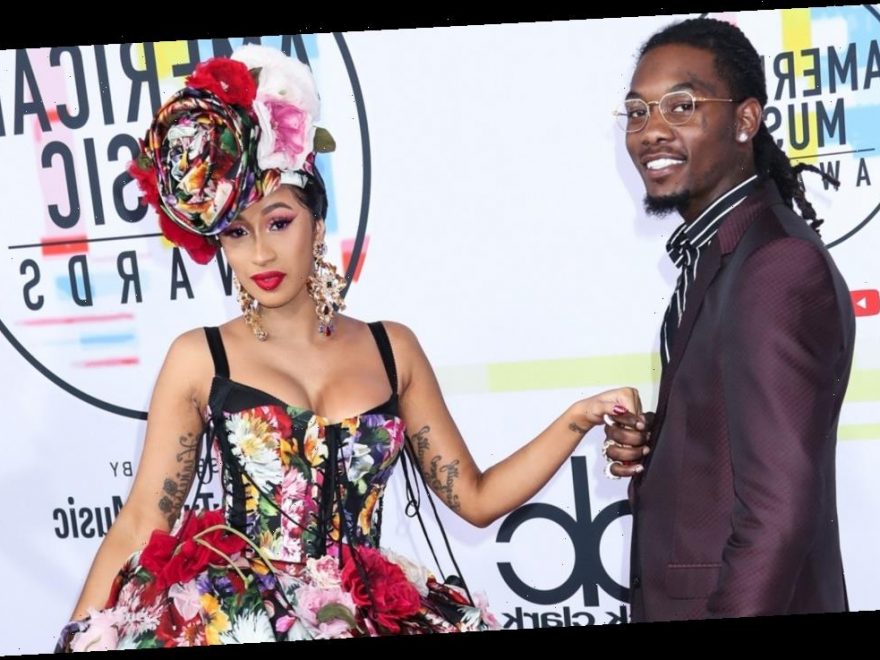 Rapper Offset (Kiari Kendrell Cephus) had an encounter with police officers on Saturday. He was accused of brandishing weapons while driving through a Trump rally in Beverly Hills, California.

The rapper sits in the car with his hands on the steering wheel while the officers questioned him. One of the officers said they received a report that someone was waving a gun at passersby.

Offset refused to step out of his vehicle when the officers ordered him to. He identified himself to the officers as a member of the famous rap trio, Migos.

He argued with the officers, claiming that people were hitting his car with flags as he drove through and that they were following him because he was a celebrity.

Offset eventually complied when the officers opened the door of his vehicle and ordered him out. They handcuffed the rapper and briefly detained him. He was seen having a conversation with the officers before being released without charges.

The statement confirmed that it was Cardi B’s cousin, Marcelo Almanzar, who was arrested and charged with carrying a concealed weapon and a loaded firearm.

Police said they responded after receiving a report that someone riding in a vehicle pointed a gun at a passerby, but the victim of the crime declined to press charges. 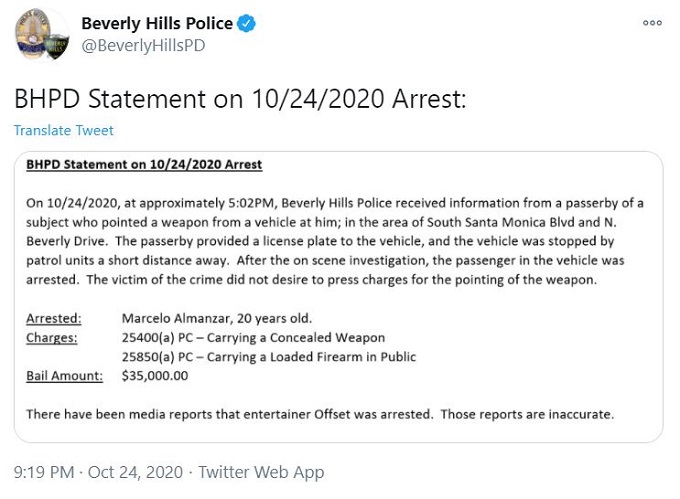 Offset and Cardi B came back together after filing for divorce

The latest incident comes after Cardi B revealed during an Instagram Live session that she is back together with Offset only weeks after she filed for divorce from him.

She and Offset filed for divorce in a Fulton County Courthouse in September. But she confirmed that they had reconciled after Offset attended her birthday party in Las Vegas and gifted her a Rolls Royce.

The couple was first romantically linked in 2017. TMZ revealed in June 2018 that they secretly obtained a marriage license in September 2017.

Offset and Cardi B have had a rocky relationship. They split and reconciled on multiple occasions after Cardi B accused Offset of infidelity.