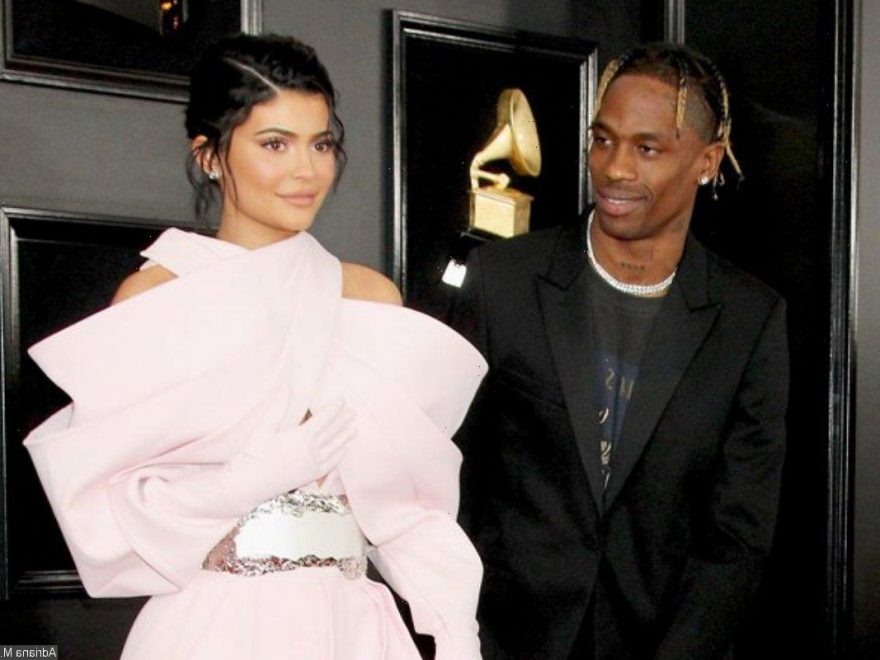 This arrives after speculations that the TV star and the ‘Sicko Mode’ rapper are in an open relationship started circulating online, though Kylie shut down the rumors on her social media account.

AceShowbiz -Amid rumors that Kylie Jenner and her ex Travis Scott (II) are getting back together, it has been reported that the pair are planning to have baby No. 2 together. The two, who are proud parents of their daughter Stormi, allegedly are open to the possibility of having another child in the near future.

“Kylie would be open to having another baby with Travis if it works out,” a source claims to InTouch Weekly. The insider also claims that it is most likley to happen “when the time is right.”

This arrives after speculations that Kylie and Travis are in an open relationship started circulating online. The “Keeping Up with the Kardashians” star appeared to catch wind of the rumors as she took to her social media account to call such reports about her private life “careless and disrespectful.”

On Friday, May 21, the CEO of Kylie Cosmetics shared on Twitter a series of posts to deny the rumors. In one tweet, she stated, “I’m not discrediting anyone who is in an open relationship. But it’s just careless and disrespectful to throw this narrative out there without knowing what’s true.”

She then posted a screenshot of a Daily Mail’s headline that read, “Kylie Jenner and rapper beau Travis Scott ‘rekindled their romance (but are now in an OPEN relationship!).’ ” Slamming the report, she wrote, “You guys really just make up anything.” She also replied to another follower who mentioned TMZ did the same reporting, saying, “I just saw this but yes tmz too lol.”

Kylie and Travis reignited reconciliation rumors when she flew to Miami to celebrate the “Sicko Mode” rapper’s 29th birthday. “They were very close and affectionate,” a source told PEOPLE about the exes’ time together. The insider added, “They kept flirting and looked happy.”

“They definitely seemed to be together, without making a big deal of being together,” another insider added. The source, however, note that the two were “not fully back together,” adding, “Even after they split, they always spent a lot of time together.”