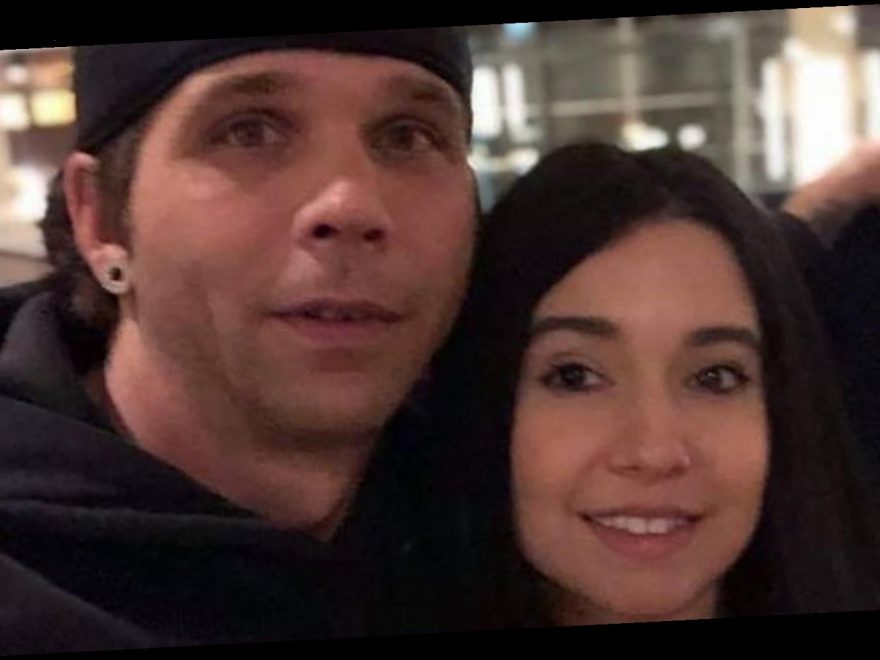 Jeremiah Raber is one of the original stars of TLC’s Breaking Amish. The series, which first premiered in 2012, made him an instant celebrity after leaving his strict Amish lifestyle in Holmes County, Ohio, and moving to New York City, where he learned to live outside of his religious community for the first time. He is deeply in love with Carmella Mendez, who he has been married to since 2016.

He and his wife Carmela are currently in a good place in their four year union. He helps to parent her four children from a previous relationship. Jeremiah is also a father of three sons from his first marriage to ex Naomi Stutzman. Their relationship did not end on such good terms. She filed for divorce from Jeremiah on the grounds of “extreme cruelty” and “gross neglect of duty” in 2011.

Jeremiah and Carmela met in an unorthodox manner, and their coupling has been fraught with personal struggles. It appears the couple has overcome the worst of their issues and moved forward into a happy and settled life in Florida.

What is the real story surrounding Jeremiah and Carmela’s love affair? What is the state of their marriage today? Here’s the scoop.

Jeremiah and Carmela are still going strong as a family. Their union has been fraught with difficulties, including drug use, allegations of abuse, and Jeremiah’s journey as he searches for his biological family.

They first met on Facebook after Carmela sent a private message to Jeremiah. They wrote to one another for three months before deciding to meet in person (via In Touch). Jeremiah and Carmela initially appeared to have a happy and healthy relationship. Trouble soon began to creep into their union shortly after they wed in a small ceremony, which was held in her hometown of Vancouver, Washington.

The couple found they were not as compatible as they believed and began to fight in a very public way on Facebook (via Starcasm). Their altercations became volatile in strings of messages posted to the public sharing site. They hurled allegations back and forth at one another and spoke as if they had already divorced one another when, in fact, they were still wed.

Jeremiah explained that he had realized that maybe the couple weren’t as good for one another as they believed. He posted a message on Facebook where he poured his heart out to his followers on the then-state of his marriage.

“Finally, I am free. Finally, I am out of hell. I’ve been reminded on a daily basis that my biological parents didn’t want me. My adoptive parents didn’t want me, and even now, no one wants me around. Now that the TV show is done, she wants a divorce, and she is refusing to sign the property over the way she said if I would sign the papers. She used me to get on TV. Even her friend told her to do it, and I saw the messages,” he wrote on Facebook in 2017 (via Starcasm).

In April of that same year, Jeremiah was arrested on charges of domestic abuse for reportedly striking his wife (via Starcasm). When Carmela went to the police, she showed them her legs and arms, which contained large bruises that she claimed were caused by her husband striking her with a closed fist. Carmela also claimed that her husband hit her daily.

Shortly after the incident, the couple filed for divorce, reported Radar, but never followed through with the process.

Carmela left Jeremiah and moved to Washington State with her children

The violence between Jeremiah and Carmela reportedly became so bad that she moved out of their Florida abode and back to her hometown in Washington State with her children. Jeremiah was determined to try and make things work with his wife, so he traveled there from Florida to give their marriage another go.

The couple entered marriage counseling and appeared to find peace with one another. Jeremiah declared he had begun working on himself in a YouTube video called “Brand New Start!!!”

“I’m also working on bettering myself … making me a better person because I need to change for the better,” he explained. “I’m doing what I have to better myself so that I can be a better man, a better father, and a better husband.”

The couple dropped out of public sight during shortly after that video was made as they concentrated on their union.

Jeremiah is an OG member of the TLC series

Jeremiah and Carmela will continue to navigate complicated issues throughout this season of the popular TLC series, which tells the stories of ex-Amish as they try to establish their lives outside of the insular world in which they were raised. He and Sabrina Burkholder are the OG members of this season of the series.

TLC’s press site revealed Jeremiah’s plans to hunt for his biological family, but false leads and tragedy threaten to derail his search throughout Season 6.

“I was adopted into the Amish community when I was one-and-a-half,” he said in a clip (via YouTube). He also gets a chance to speak to his grandmother over the phone and gets emotional during their conversation, as Soap Dirt reported.

On March 21, Jeremiah penned an emotional message on his Facebook page. He said, “ill have to re live some very sensitive moments that I experienced on my journey to finding answers about my biological family. It was and will be worth every moment. I hope you guys enjoy watching my story unfold this season!!”