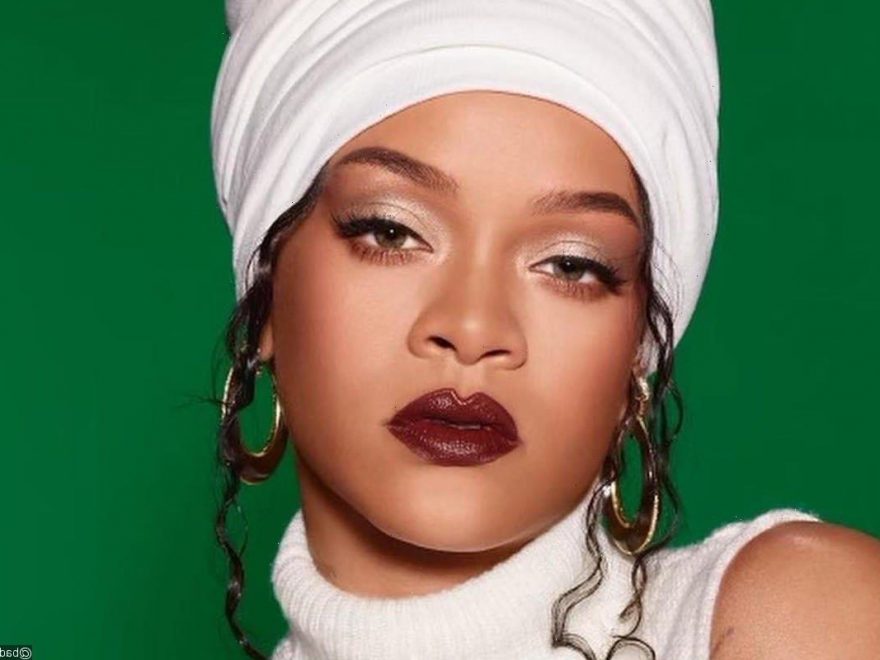 The Fenty Beauty founder is seen out in public for the first time, six days after she reportedly welcomed her son with her rapper boyfriend in Los Angeles.

AceShowbiz -First photos of Rihanna have surfaced online after she welcomed her first child with A$AP Rocky. The new mom has been spotted out and about in Los Angeles, six days after she reportedly gave birth to a baby boy.

The Barbadian beauty was photographed in L.A. on Thursday, May 19. Keeping it casual, she wore an oversize gray sweatshirt, some baggy black pants and black flat shoes while accessorizing with some huge gold necklaces.

The 34-year-old singer also rocked designer sunglasses. Her hair was tied up in a bun as she left her home in West Hollywood and climbed into the back of an SUV. She was seen being accompanied by a bodyguard.

Rihanna reportedly gave birth to her first child last Friday, May 13 in Los Angeles. At the time, a person, who claimed to be working at a hospital, spilled on Facebook that the “Umbrella” hitmaker had everyone cleared off the floor when she was in labor.

“Rihanna about to have her baby at the hospital I’m working at they cleared everybody off the floor,” the hospital employee claimed in the post, which screenshot was then re-posted by Gossip of the City. A few moments later, the person updated their status to inform that Rih allegedly has given birth to a baby boy. “She HAD A BOY YALL,” so it’s announced.

A few days later, multiple news outlets confirmed the report while Rih and Rocky remain mum. The pair have even gone silent on social media for more than a week now as they reportedly enjoy their new role as parents.

“Rihanna is doing well. They are very excited to be parents,” a source told PEOPLE after the Grammy Award-winning artist brought her newborn son home, adding of the first-time mom, “Rihanna is already a wonderful mom.”