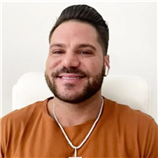 Yet again, the arrest took place in Los Angeles, but this time, the victim was a different romantic partner of Ronnie’s.

This time, it was Ron’s new girlfriend Saffire Matos who called the police.

And critics of the volatile Jersey Shore star were hoping that he would finally experience some consequences for his actions.

Now, however, it looks as though Magro will once again get off scot-free.

In a stunning turn of events, it was revealed last week that Magro will not face felony charges due to a lack of evidence.

It seems that Matos has refused to testify, which means that if Ronnie gets convicted of anything — which seems unlikely — it will be nothing more than a parole violation, and that probably won’t result in prison time.

Of course, Ronnie is likely to suffer some non-legal repercussions for his latest arrest.

Magro has lost the support of his Jersey Shore castmates, and it seems improbable that they’ll consent to filming with him anytime soon.

Initially, Ronnie promised to work on himself and check into rehab — now, however, it looks as though he’s had a change of heart.

“He is not in rehab yet. He’s saying he isn’t ready for rehab,” a source close to the situation tells UK tabloid The Sun.

“He is trying to say he can get better with mental help without going to a facility.”

Yeah, Ron might think he’s able to put this mess behind without seeking professional, in-patient care — but it seems that his castmates strongly disagree.

“The entire cast has said they don’t want to film with him because they believe he is not mentally stable,” the insider adds.

“They feel he is a ticking time bomb and he makes all of them look bad.”

The decision not to check into rehab is a surprising one, as it previously seemed that Ronnie would do whatever his MTV bosses asked in order to have a shot at appearing on the show again.

“After talking to the team at MTV, we have mutually agreed that I will step away from the show while I seek medical treatment for mental health issues that I’ve ignored too long,” Magro said in a statement issued last week.

“My number one goal now is facing my struggles head on,” he added.

“This process will be difficult, but my #1 priority is to get healthy and be the best man and the best father I can for my daughter,” Ron concluded.

Sure, he didn’t explicitly say that he would be checking into rehab, but Ronnie’s statement certainly gave that impression.

A new season of Shore is set to debut next month, and even though shooting wrapped before Ronnie’s arrest, he probably won’t be seen on camera.

He was nowhere to be found in the first trailer for the season, which led many to believe that Ronnie had been edited out of the show in post-production.

That doesn’t mean Magro is done with the show for good, of course, but it certainly doesn’t bode well for his future employment.

If Ronnie checks into rehab and takes his treatment seriously, there’s a chance he might be able to return to the show that made him famous.

If he doesn’t, then we’ve probably witnessed our last Ron-page.

The ball is in Ronnie’s court.

But unfortunately, decision-making has never been his strong suit.