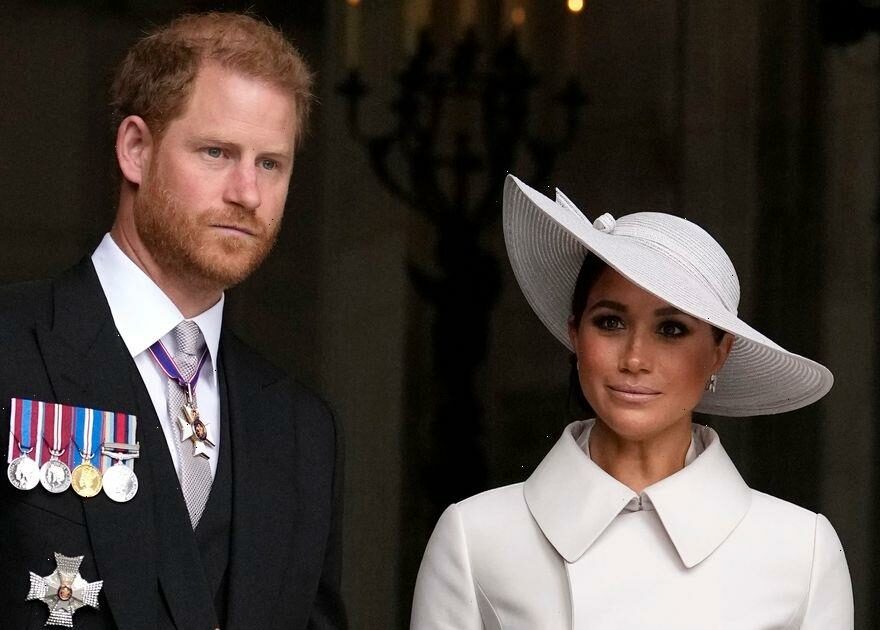 Royal biographer Angela Levin has labelled Prince Harry and Meghan Markle "extremists" during a furious rant about the couple.

The royal writer slammed the pair for their behaviour and conduct towards the Royal Family during an interview on GB News.

The expert expressed her fury Live on TV and said: "Anybody who actually admires the way that Harry and Megan are behaving are extremely wrong and should be ashamed of themselves."

Levin continued: "I think psychologically, they've cracked open something, that other people think ‘well, I wouldn't want to do what they're doing because they're extremists and they behave very badly, but there must be some way of earning more money out of that’."

The stern faced critic went on to accuse Harry and Meghan of trying to make money out of their ties to the Royal Family, but have no respect for it.

Angela's criticism of the Duke and Duchess of Sussex raged on: "That's another reason why they should be so ashamed of themselves because it's just not right. You cannot be part of something and then make money out of it.

“If it's the British royal family, much admired throughout the world, you have to show it respect.

“It’s not just about you getting your face in the papers all the time or giving lectures on how we should behave about everything you can imagine, which they don't have to go with.”

The televised outburst came in response to news that Prince Harry and Meghan were returning to the UK to attend charity events.

The Duke and Duchess are expected to return to the UK in September, around the same time Boris Johnson leaves office.

On August 15 a spokesmen for the Duke and Duchess of Sussex announced the couple will be coming back in September to "visit several charities close to their hearts".

It will be their first return to British shores since the celebrations of the Queen's Jubilee.

The return of the royals who relinquished their duties will no doubt be overshadowed by the announcement of a new Prime Minister. The Queen will of course be on-hand to greet the new Tory leader as is her traditional obligation.

On the proposed trip back home for Prince Harry, Angela Levin was asked for her thoughts and gave quite the reaction. She said: "Very disappointed. They hate us, they don't want to know us, but they want to keep in with us so they can earn more money. It couldn't be more shocking.”